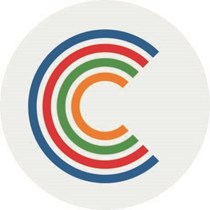 A MEMORIAL garden inspired by the memory of Sixteen-year-old student Jessica Davies who passed away unexpectedly twelve months ago is being created at St Cuthbert's Catholic High School.

Work on the garden began during a staff wellbeing session during the summer term and detailed plans created by The Urban Jungle Landscape Company have just been released. Simon Stevenson-Black from the company said: “We were delighted to be invited by the school to create this space. We felt it was important to reflect the school’s identity in the garden and create a quiet space filled with flowers and shrubs with benches that can be used for reflection, with a gardening area where students will be able to grow fruit and plants.”

Mrs Twist, Headteacher at the school commented: “When we announced that we were creating a garden the school was overwhelmed with the positive support it received. The school would like the local community to work with us to help create the garden. The garden will commemorate all those who were part of the school community, including past students and staff who passed away whilst at the school.”

Whether your family attended St Cuthbert’s, you live in Parr or you know of someone who passed away whilst at St Cuthbert’s, the school are looking for your support. So far we've raised £350 towards the cost of materials for the garden which is estimated to total £2,000 .