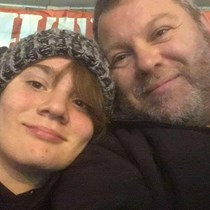 This group of young female footballers have been together for about 4 years and have steadily been improving season on season. Last season the girls got to the dizzy heights of winning the football league that they played in and also won the league cup. This year, the girls took on a much tougher league and have won that too. As a reward for their hardwork and dedication over the years, they have proudly been invited to represent their home town of Middlesbrough in a National Finals football tournament which will pit them against the very best girls youth teams in the country.

We are trying to raise the money to help with the financial costs of getting the girls to the tournament, costs such as travelling there and overnight accomodation