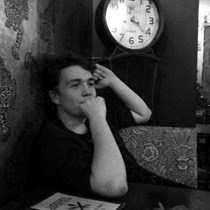 Durham University Rugby League, as a team are doing a Movember in order to raise money for the SG6 foundation. We will all be sharing before and after photos to our facebook to thank everyone for the kind support for a charity that means a lot to the club!

The Stephen Gartland Foundation was put together in memory of Brad’s dad Stephen. Stephen took his own life in August 2016 after a long battle with depression.

The purpose of the foundation is to raise awareness regarding mental health and suicide and aims to support various mental health charities.

Suicide is a hugely important issue! The World Health Organisation reported in 2012 at least 800,000 people took there own life (1 person every 40 seconds). And the single biggest killer of men aged under 45 is suicide.

Another purpose of the foundation is to carry on Stephens love for the community. Examples of how the foundation aims to do this includes: helping to pay for a child's treatment/operation, helping a team pay for kit or even helping a kid pay for some boots.