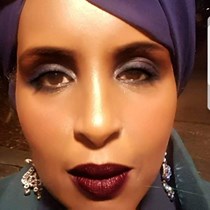 Schools and education
Funded on Friday, 27th May 2022

Help to fund my fight against FGM

I've started an organisation called *Educate Not Mutilate (more details on that to follow!) with my friend Faiza and our first project will be holding awareness workshops for pupils, teachers and parents in schools across the Boroughs with the highest prevalence of FGM in London:

These are some of the most impoverished areas of London, where schools are bogged down with many social problems and tight budgets. That's why I'm hoping we can raise £5,000 to run free education workshops for already overstretched schools. This will help protect girls and young women from FGM while also starting to change the attitudes that allow this harmful practice to happen.

My tried and tested teaching format, which is inline with the educational curriculum, will address the following:

Students and parents
Types of FGM
Open discussion:
Is it religious?
Is it cultural?
Is it abuse
Short video
Q&A

I, Hibo Wardere, am an educator and campaigner against female genital mutilation (FGM). I experienced FGM in Somalia as a six year-old girl and understood from a young age that what had happened to me was deeply wrong. I later made her way to the UK as a refugee and embarked on a journey to educate myself and ultimately others, about FGM – the reason it happens and its impact on women and wider society. What I found was child abuse, deeply rooted in many cultures, often carried out in the name of religion and protected by Western societies that don’t want to interfere. My mission is to liberate the women and girls who have been harmed and are at risk of this practice by bringing an end to FGM.

*Educate Not Mutilate is currently a Constituted Community Group, soon be registered as a Charity