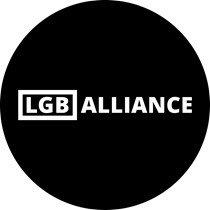 Weʼre raising £100,000 to help us assert the right of lesbians, bisexuals and gay men to define themselves as same-sex attracted. Gender is a social construct.

Wake up Scotland! Wake up UK!

Having set up less than four months ago, we at LGB Alliance are proud of what we have achieved with your help:

• We have become known internationally as the first LGB organization to challenge the dogma of gender identity and to fire up the struggle to protect the rights of people with a same-sex sexual orientation. We have focused especially on protecting the rights of lesbians, which are under extreme pressure at this time. We receive a constant stream of messages of support and encouragement from people around the world.

• We organized an initial meeting in London, the launch of LGB Alliance Scotland in Glasgow, and we are working hard on plans for our first public one-day conference in June. We have set up as a limited company, prepared our application for charity status, commissioned our designs/logos, are continuing our investigation of whether Stonewall is in breach of its legal obligations under the Equality Act, and are already liaising with public and private organizations to get our message across.

• Our most urgent focus is Scotland. The Scottish Government is trying to push through its Gender Recognition Reform (Scotland) Bill. While the Bill is presented as a minor change to help transgender people, it is nothing of the sort. The changes would make it impossible for women to retain control of their sex-protected spaces and create plenty of opportunity for abuse. In addition, the Bill seeks to allow children aged 16 to obtain a Gender Recognition Certificate, which means a permanent change of legal “gender”. We have joined forces with Scottish women’s groups to raise public awareness. This would be the first time in the UK that any man at all, whether or not he has gone through or plans to go through any physical transition, would be able to legally become a woman, and have access to all places previously reserved for women only. Most people have no idea that this is going on and we say “Press Pause” and withdraw the Bill to allow all the implications to be fully discussed.

• Please do two things right now: complete the consultation document available on our website www.lgballiance.org.uk and donate to LGB Alliance.

The challenges facing LGB Alliance are huge, as gender ideology, which says that biological sex is of less importance than gender identity, is increasingly accepted across almost all UK public and private institutions. We have to change that. But campaigning is a costly process. Once we are a charity, we will be able to apply for grant funding. Until then, we have no way of paying for the work we do other than from your kind donations. Unlike other organizations whose positions we are challenging, we receive no government funding. We are all unpaid volunteers: the money we receive goes to pay for all the costs we incur in our campaigning and educational work, including paying for venues, lawyers, designers, manufacturers, campaign ads, communications and technology.

• We are planning a major publicity drive to spread awareness of the Scottish Government’s plan to introduce gender self-ID. This would undermine the rights of women and people with a same-sex sexual orientation. If this Bill goes through in Scotland, pressure will build to achieve the same changes in the rest of the UK.

• Our publicity drive will include meetings, broadcasts, videos and campaign ads, and we urgently require your help. We are therefore raising our JustGiving target to £100,000.

• This is about the rights of people with a same-sex sexual orientation and women in Scotland, in the UK, and around the world. Scotland has often led the way: let’s hope it can change course and lead the way towards sanity.

A group of lesbians, gay men and bisexuals resolved at a meeting in Central London on 22 October 2019 to set up a new “LGB Alliance” to counteract the confusion between sex and gender which is now widespread in the public sector and elsewhere.

The participants – who included former employees and supporters of the lobby group Stonewall, plus doctors, psychiatrists, academics and lawyers with expertise in child safeguarding – agreed a foundation statement revolving around biological sex rather than the gender theories which they regard as pseudo-scientific and dangerous. (This became the mission statement that is now on our website).

The meeting followed a refusal by Stonewall, which was originally set up to fight legal discrimination against gay men and lesbians, to respond to a petition asking it to acknowledge the range of valid viewpoints around sex, gender and transgender politics.

Immediately after that first meeting, we were inundated with offers of support and help. This has mean that that we have had to act quickly to harness this enthusiasm and energy. On 18 January 2020 we launched LGB Alliance Scotland.

Our activities, plans and expenses for the near future are as follows:

Now that we are a legal entity, we have applied for full charitable status.

All internet, phone and communication costs

An event organiser will be needed to arrange our June conference

Costs include venue hire and security, subsidies for anyone attending who cannot afford the cost of travel, reimbursement of speakers’ travel costs, PR and marketing.

A new charity has been formed recently to support young people (of both sexes but mainly girls) who have changed their mind.  As teenagers they started on the path of transition only to find that as young adults they come to realise that a terrible mistake has been made. Some have had puberty blocking drugs; others have had healthy breast removed.  This is a very sad phenomenon which is growing in number.  We want to offer support to this group through mentoring schemes, meetings, practical advice and social events.

As our organisation grows we will enlist individual supporters but may also have crowdfunding efforts in the future for specific projects. So far all our support has come from the grassroots.  We do not anticipate funding from corporations but we may apply for grants from other charitable foundations in due course.

The new group aims to be an umbrella organisation that supports freedom of speech, accurate biological definitions of sex and fact-based education. It will maintain links to all groups who fight for the rights of lesbians, bisexuals and gay men at a time when Stonewall brands same-sex attraction as transphobic.

It has also called for an end to ‘Stonewall Law’, which deliberately misrepresents the Equality Act, and has asked the Equality and Human Rights Commission to investigate whether Stonewall, as a recipient of public funds, is upholding its public duty to represent the voices of LGB people and facilitate discussion between different groups protected under the Equality Act.

The members of the new Alliance agreed, as part of a 20-point position statement, that:

• lesbianism and homosexuality are same-sex (not same-gender) attraction;

• sex is not ‘assigned’ at birth but observed;

• it is not transphobic for lesbians to have their own spaces and institutions which exclude male-bodied people;

• there is often a link between transgender ideology and the suppression of lesbianism and homosexuality;

• telling children who do not conform to gender stereotypes that they are born in the wrong body is damaging and regressive;

Please support us in the important work ahead. For more information contact lgballiancefuture@gmail.com or via Facebook LGB Alliance UK

A group of lesbians, gay men and bisexuals resolved at a meeting in Central London 22 Oct 2019 to set up a new “LGB Alliance” to counteract the confusion between sex and gender which is now widespread in the public sector and elsewhere.