Natalie and Sherrie raised £1,500 from 30 supporters 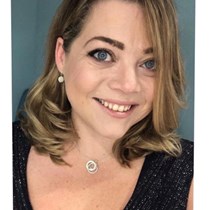 We have a fantastic volunteering opportunity to work with some of the greatest (quite literally) animals on earth. In order to participate we need to raise £1500 between us. The money raised will purchase the materials required for creating the enclosures, and giving a safe environment.

We need to setup enclosures and infrastructure to re-home 13 Lions, Ligers and Tigers coming from a closed down zoo in Argentina... this really is a rescue mission as the Argentinian government have granted us an army cargo plane to get the animals to safety as if they cant be re-homed they will either be euthanised or sold to rich families who wont look after them they way they need to be.

Starting as a rehab centre Ubuntu quickly grew into South Africa's well known and respected centres, where they educate locals schools on animal breeds, becoming ECO aware and how to take care of animals that have been injured or be able to respond correctly when they find themselves in a situation with an injured animal.Establish a Rescue and Rehabilitation sanctuary for injured or sick wildlife species in need of urgent professional emergency medical care (rhino, elephant and other wildlife species).

By helping us Fundraise and Volunteering you will:

- Establish a sanctuary for captive bred large predators rescued from zoo`s and wildlife parks in South Africa and internationally.

- Establish a Cheetah rewilding and breeding program for cheetahs to be released in Private and National Reserves in South Africa.

- Establish breeding projects for white and black rhinoceros sub species with the aim of protecting these sub species from extinction.

- Establish temporary holding facilities for rescued problem predators such as leopards etc. to be released in pre identified safe reserves.

- To assist with the establishing of wildlife sanctuaries internationally to place wildlife species in need of urgent rescue.

- To establish an internationally recognised wildlife foundation to assist other bona fide wildlife rescue organisations in all matters relevant to the rescue and rehabilitation of wildlife species.