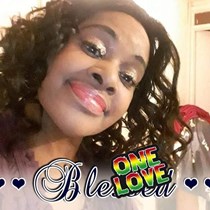 Promoting positive news in Chapeltown Leeds and surrounding areas .(through a full colour award winning community magazine )
Promoting positive news ,talent,role models businesses ,success stories and so much more .
We need Funding,sponsorship towards print and design costs for a monthly publication and a book about the 25 yr journey .
www.communityhighlights.co.uk
comhighlights@yahoo.com

Patricia Jones was born at St Mary’s Hospital in Leeds in 1962. Her parents came to England from Saint Philip Parish in Barbados and Patricia considers herself a ‘Windrush Baby’. She grew up in Chapeltown and was raised in a good Christian household. Patricia’s biggest inspiration comes from God. “He’s the one who wakes me up every morning and continually guides my path and opens up doors that no one else can” she says. Family is important too and Patricia lists her parents among those that inspire her. “They moulded me to be who I am today” Patricia says. Patricia’s other inspirations include Oprah Winfrey, Maya Angelou, Usain Bolt, Linton Kwesi Johnson and “people who fought to be where they are today.” Patricia attended Roundhay High School where she began writing. She would write other people’s stories in the classroom. Her English teacher Mrs Mordey was impressed and encouraged her to continue writing after school. Patricia began writing poetry and has self-published a total of 15 books including ‘Carnival Sunshine’, ‘A Children’s Carnival’, ‘Happy Xmas Vibes’, and ‘Trust And Faith’. She also writes a lot of personalised poetry for events. Patricia has also published a number of puzzle books and family activity books. “I have lot of interest from publishers” Patricia says “however, I’m just awaiting a good deal that I’m happy with.” Patricia also enjoys cooking, especially Caribbean deserts, and was a finalist on Britain’s Best Dish in 2008. In the future she hopes to promote a new range of Caribbean deserts.

Living in Chapeltown, Patricia was very aware of the negative media attention the area received so in 1995 she began compiling positive news into a free newsletter that she named ‘Community Highlights’. The first issue was published in December 1995. As well as local news stories (Issue 1 included a story about the Frontline self-build project) Community Hightlights also included poetry and puzzles. Almost 25 years on, Community Highlights continues to promote local talent, role models, youth projects, businesses and charities as well as reporting local positive news. The magazine is a totally voluntary organisation and revenue is raised through advertising. Over its 25 year history, the magazine has been a continued success and had won ten media awards.

Besides Community Highlights, Patricia has done a number of other things and has worked alongside BMW and Jaguar cars. She has supported Buss The Spot, church groups and many other community projects including Chapeltown Word Junction. She was also the diversity consultant for ITV News for four and a half years. She is a true inspiration to many. Patricia’s poetry website is patspoems.com

Come on board celebrate with us and play a vital part .