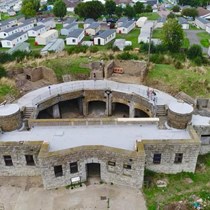 Slough fort is a small Victorian fort in Allhallows, Kent. Built in 1867 it is one of the Lord Palmerston smallest forts and constructed to protect the Thames estuary and Chatham dockyard from a French invasion. It was manned through the first and second world wars. After the war the fort was sold and fell into disrepair, eventually being added to the endangered monuments list.

In 2013 a group of dedicated volunteers came together to preserve the fort. These volunteers eventually formed a charity trust to save the fort. Since then the fort has undergone a restoration process which have seen many changes and improvements that are preserving the fort and it's history for future generations to enjoy.

One of the biggest successes is the way the fort has brought the community together with a common goal of preservation. This has had a positive effect on the local community and has indirectly become a social prescribing activity helping social isolation in one of the Medway town's most isolated areas. Slough fort has become bigger than it's sum parts and is helping mental wellbeing within our volunteers, local community and further afield.

The project is to raise funds to replace a number of windows and doors in the main fort area. The trust has been allocated a grant to cover two thirds of the cost of these windows and doors but have a short fall to fill. This would normally be raised via our regular tours and open days. As with all small charities we have been hit hard from the coronavirus pandemic and have not been able to open since the country has been in lock down. Additional to the windows and doors we need to replace hand rails that were temporarily installed for safety reasons. These are now obsolete since the reconstructed chimneys and have become a safety concern for our guests.

All items reinstated will be period correct and constructed with traditional techniques by local companies and installed by our volunteers. This project will help the fort partially realise it's goal of becoming a community hub.

“Connecting communities to the past, present and future” - Slough Fort 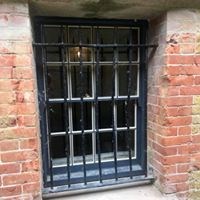 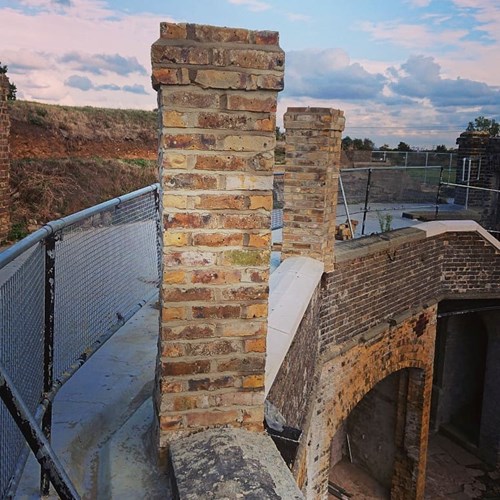 Slough Fort is a small non-profit community charity set up to restore a small artillery fort so it can be used as a community hub. The goal is to renovate, educate, celebrate and demonstrate history for future generations. REGISTERED CHARITY No 1179652