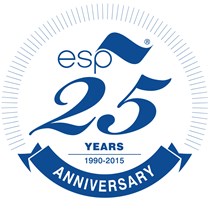 We are Team Enigma - a group of 24 employees from ESP Ltd in Malvern. We are taking on the Welsh Three Peaks this Summer to raise money for our two chosen charities.

The challenge will consist of ascending the three highest mountains in North, Mid and South Wales - Snowdon, Cadair Idris and Pen Y Fan - all within an 18 hour window.

We will be raising money to split equally between our two chosen charities - WedAid and Midlands Air Ambulance.

WedAid (1153279) is a local charity which raises money to help change the lives of children in schools or orphanages where the smallest gifts can make the biggest difference.

The formal objectives of the charity are: To advance education, relieve poverty and promote good health of children and young people anywhere in the world, in particular but not exclusively by the provision of money, items and services to schools and orphanages.

What is not widely known is that Midlands Air Ambulance receives no Government or National Lottery funding. Each Midlands Air Ambulance mission costs £2,500 and in excess of £7 million is needed each year to keep its three air ambulances operational, which is donated entirely by the public and local businesses.