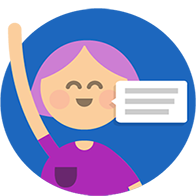 Find out ways to help your runners raise more

Running a marathon is a HUGE physical feat for most people. Combine it with the challenge of raising money and it’s enough to intimidate even the most well-seasoned of fundraisers. The result is that many will be put-off and delay setting up their fundraising page.

We’ve crunched the numbers and you may not be surprised to learn that the most successful fundraisers set up their pages sooner rather than later.

The golden period is between 91 to 120 days before event date, that’s around 3 to 4 months before. Fundraisers that set up their page in this period raise on average £534 more than those setting up their page 30 or fewer days before the event.

The bad news is that only 11% of fundraisers create their pages in this golden period. The good news is that we’ve got a few quick wins you can do to make that 11% something closer to 50% and make your fundraisers even more incredible.

How can you get people to create their pages early?