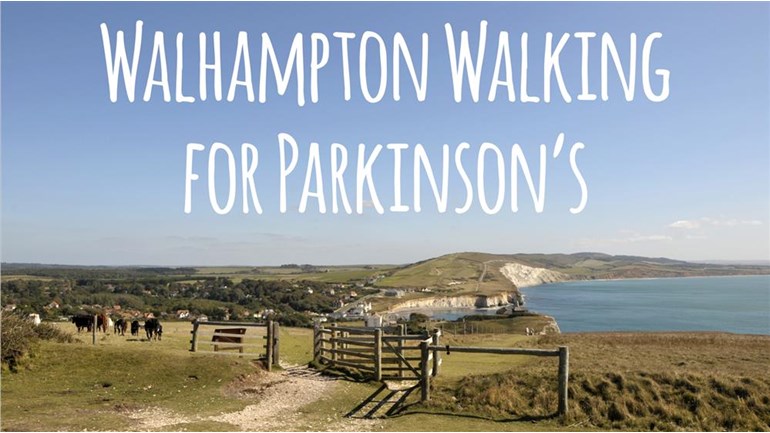 I am Mirjam doing a charity walk for The Cure Parkinson's Trust because many impacted people hope for a cure!

Five years ago I was diagnosed with Parkinson's. I think many people have heard of Parkinson's, have a relative or friend who is affected. It’s a very common neuro degenerative disease discovered 202 years ago. The brain stops producing dopamine and as a result Motor skills and cognitive skills lose automatisms. There is a range of symptoms.

The impact varies from person to person. There is freezing: the brain sends messages to the body but they never arrive.  Words disappear or sometimes walking is difficult. No fine motorskills, muscle cramps, backpain due to posture change, problems with multitasking. And side effects from medication.
Men and women are affected, young and old, three persons out of every thousand, 1% of the population which is currently older than 60 years, has been diagnosed with Parkinson's disease. Of all patients, 15% is younger than 50.

There is no cure yet. However I feel very confident there will be a cure in the near future and this money will help!

What we know is that exercise exercise exercise is extremely important! If you exercise you maintain muscle strength and you produce natural dopamine which helps maintaining your motor skills, balance, coordination.

Some words about The Cure Parkinson's Trust.

Tom Isaacs co-founded The Cure Parkinson’s Trust (CPT) in 2005. Tom was diagnosed in 1995 aged 26. Tom always believed that there could and would be a breakthrough for Parkinson’s in his lifetime.. He remained resolute that a cure for Parkinson’s could be found, and for him, a cure required the collaboration between science and those people living with the condition.
Tom was walking the entire coastline of Britain to raise funds for research. That was 2003. He led the charity until his untimely death in 2017. A friend of Tom, Anders Leines, spoke with him and made this short film. https://www.youtube.com/watch?v=wWIY_bb-KoY&list=PL3Tn3JNIy8a04RgfA0DJ56xxCT-GyC7Fp&fbclid=IwAR0c7ycnh8fxEvockyvipiZ9X_eveQ2lIoFPm9ifJ7kGPl0lQPrZ1POUd-A