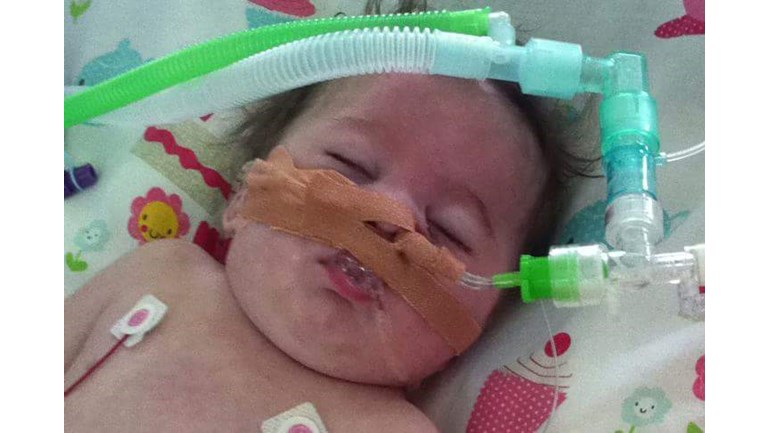 Ronald McDonald House provides free accommodation for parents/carers of critically ill children being treated at Alder Hey. We opened 25 years ago and have accommodated over 25,000 families in our 84 family rooms. Our running costs are £700k pa and is raised totally by voluntary contributions.

Jamie and Kym will be walking from London Euston station to Northampton over four consecutive days from 4-7 July.  The walk will see them average 20 miles a day over the four days, all to raise money for Ronald McDonald House as a result of Kym's granddaughter, Billie-Marie's stay in Alder Hey hospital.

There are 14 Ronald McDonald Houses as close as is possible to specialist children’s hospitals across the country, from Southampton to Liverpool. They provide accommodation for families whose child is receiving treatment at the hospital, free of charge so parents can stay close to their children.  There is a telephone in each room with a direct line to the ward the child is on so that immediate contact can be made either by the ward to the parent or vice versa.  There are communal kitchen facilities, laundry facilities, playrooms, lounge areas with TVs and each room is allocated secure fridge, freezer and cupboard space. There are staff and volunteers to run the house and provide much needed support for the families.

On 5th August, Kym's baby grand daughter was born 10 weeks premature with a number of health issues, some which we were aware of before her birth, some we weren’t and some caused by her early arrival. She was airlifted to Alder Hey children’s hospital in Liverpool on the day she was born and Kym's son joined her the same day.  Her mother was quite poorly and not allowed to travel until she put her foot down the following day and joined them!

Little Billie-Marie has defied the odds stacked against her and has recovered from internal bleeding, a bleed on the brain and brain surgery to reduce fluid at just 5 weeks old. She’s been resuscitated twice and it has been a roller coaster ride for all of her family.  She still has issues with her kidneys, a hole in her heart and a Coloboma in both eyes which may result in her being visually impaired but she’s a fighter and she will be just fine.  She had her first bottle feed and was transported to her local hospital the following day.

Unfortunately, after a period at home on the Isle of Man, Billie-Marie has had to go back to hospital and her parents are now back in the home in Alder Hey.

Alder Hey in particular, treats children from all over the UK, Isle of Man and Europe, over 270,000 young people were treated there last year, hence its association with the Ronald McDonald charity.  A lot of the patients and their families are miles away from home, 143 miles away in Kym's case!

Now when we hear the name Ronald McDonald, I no longer associate it with a burger chain but with grateful families facing tough, emotional and uncertain times with their very poorly children. In an ideal world, there would be a Ronald McDonald House at every hospital and we hope we can help with that.

Ronald McDonald House provides free accommodation for parents/carers of critically ill children being treated at Alder Hey. We opened 25 years ago and have accommodated over 25,000 families in our 84 family rooms. Our running costs are £700k pa and is raised totally by voluntary contributions.

Charity Registration No. 1008765
Find out more about charity fundraising