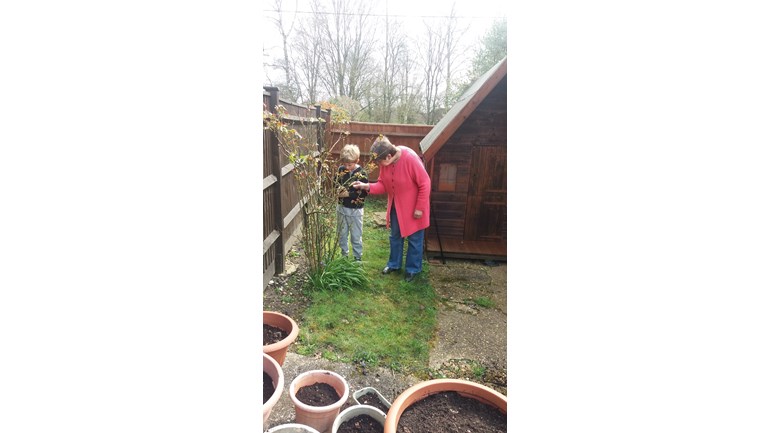 I am doing the ABP Southampton Half Marathon for Southampton Hospital Charity because Mum received amazing care.

On the 22nd April 2018 I will be proudly wearing my Southampton Hospital Charity vest and taking part in the ABP Southampton Half Marathon to raise money for the Cancer Information and Support Centre at Southampton General Hospital.

Why?  Because Mum and I both used their services during her battle with lung cancer and I know how impressed she was with it and how helpful she found it.

It was somewhere that both of us were able to go and just sit and talk to the lovely staff and volunteers there.  It has such a friendly and relaxed atmosphere and they are there for not only the person suffering with the cancer, but also the family and carers.

I have completed several half marathons now, but to me they never come easy-they always hurt!  There is one thing that will ALWAYS get me over that finish line, and that is my Mum.  I choose to take part in these events even though I know they will hurt, but Mum never had that luxury.  She had no choice but to endure the pain that the treatment gave her.

From the very moment she was told there was something on her lung, she was scared, yet she still fought it with everything she had right up until the very end.  For me, I will never forget her bravery.

Cancer doesn't care who it picks on-adults, children, men, women, rich or poor, you just never know.  I have known too many people lose their battle with this horrible illness and I know many people who are still fighting it with everything they can.

By raising money for the Cancer Information and Support Centre at Southampton General Hospital, I hope that they can continue to provide the same service we received to all the other families that need it for many years to come.

Charity Registration No. 1051543
Find out more about charity fundraising