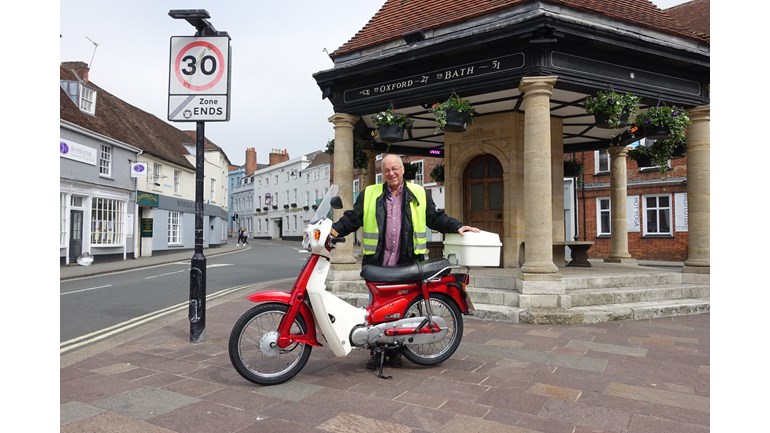 In January 2016  the eldest of our three children Paul, who is 41 years old, married to Sarah and father of four girls aged from 8 years to 10 months was diagnosed with Non Hogkinson’s Lymphoma and started chemotherapy. All was going well, but shortly after round 3 in March, Paul collapsed in agony and was rushed to the Royal Berkshire Hospital.

We were told that he had suffered a perforated bowel and that 'he couldn't actually be in any worse condition' and he had only a 10% chance of surviving the operation.  Having made it through this emergency surgery we were told that the next few hours were critical as he had acute Sepsis.  Two days later he underwent further surgery and shortly after that he was diagnosed with pneumonia.  The next 3 weeks Paul was heavily sedated during which time the ICU Medical Team, including the amazing nurses, continued their incredible work to nurse him back to health.  Paul was in ICU for a total of 33 days and was not allowed out until he could breathe for himself.  He then spent a further two weeks getting rehabilitated and building strength so that he could stand and eventually walk again.

The dedication and skill of the staff in the ICU has been absolutely amazing. Our whole family were moved by their care primarily for our son but also the love and attention that they showed our family during this time. This care does not come cheaply however and we were amazed one day to overhear some of the Consultants talking about their preparation for the Reading Half Marathon and to learn that they were running to raise funds for the ICU. This made me think of what we could do try and raise some funds for the unit but at 68 years of age my choices are limited.

I have a 19 year old Honda C90 and have decided to ride it the length of the country from Lands End to John O’Groats. For those not knowing about motorbikes/mopeds, it was commonly known as a ‘step through’.  Its fuel tank only holds 0.8 of a gallon and the bike was not originally designed for long distances.  The largely accepted distance for this trip is just less than 900 miles, however that is using motorways. As the bike’s maximum speed is only 40 miles per hour I shall be using minor roads and so I am assuming that my overall distance will be nearer 1000 miles. I shall be departing Lands End in July and hope to complete it in 10 days.

Any donations, small or large will go straight to the ICU to help them continue their excellent work.

The Royal Berks Charity helps provide the extras that make a difference to patients, their visitors and our staff. Donations help to improve facilities for patients and visitors; help to buy the most up to date equipment; improve staff training and welfare, and support refurbishment projects.