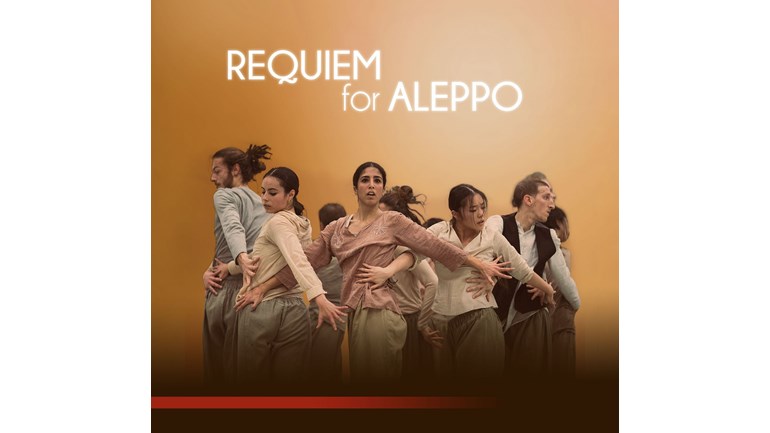 We are raising funds for Syria Relief because the human tragedy of Aleppo is not over.

Requiem for Aleppo is a new music and dance performance, created as an expression of solidarity for the people of Syria. We premiered at Sadler's Well on Sunday 23 April and have since performed at The Edinburgh Festival Fringe on Wednesday 16th August, 2017.

Our aim is to raise fund and awareness for Education in Syria. As such we have partnered with two organisations providing vital support to Syrians in need; Syria Relief Charity and Techfugees. We are donating all ticket money from our performances to these organisations and continue our fundraising drive here on JustGiving. All funds raised will be used by Syria Relief and Techfugees to set up and support a teacher training programme in Syria.

Syria Relief, Uk Registered Charity, with direct operations in Syria, will be in charge of coordinating the implementation and monitoring of the project: Aleppo's human tragedy is not over and ten thousands of people that escaped miserable conditions inside the city need help and support to restart their life and rebuild their future.

Please do your part and donate generously to give back hope to thousands of civilians from Aleppo that have been suffering for 6 years as innocent victims of meaningless atrocities.

ABOUT REQUIEM FOR ALEPPO

Requiem for Aleppo is an intensely personal response to the tragedy of Aleppo, created and composed by David Cazalet and choreographed by Jason Mabana.  The work will contain 12 dancers from across the world. The original music is a combination of Requiem Mass lyrics set to choral music, linked by Arabic poetry from the 11th, 12th and 13th centuries. This represents the richness and diversity of Aleppo’s musical heritage. The score is interwoven throughout with people from Aleppo telling their stories. Their testament is designed to get to the human tragedy beyond the politics.

Syria Relief is non-political, non-denominational and non-governmental. It co-ordinates charitable activities in the UK, providing help to Syrians in need, in Syria and outside it, irrespective of religion, geographic location or political persuasion.

Charity Registration No. 1143797
Find out more about charity fundraising