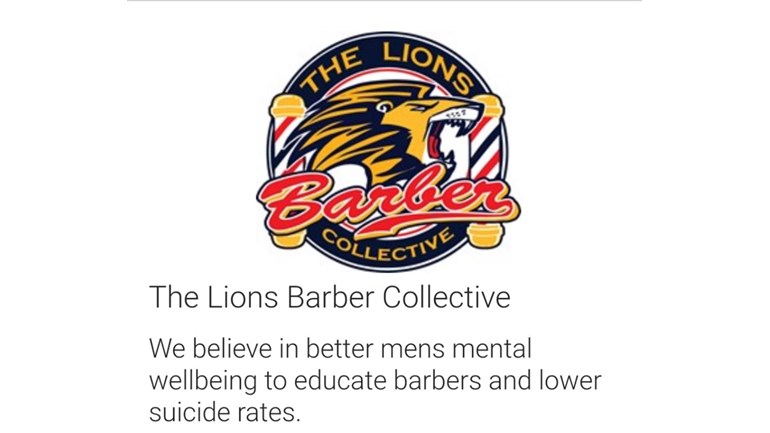 We are running the great south run for The Lions Barber Collective because too many men commit suicide. It has to stop.

We train hair pros in mental health skills to create a world free from suicide.

After someone I have worked with for many years and I considered a friend, felt they had no option but to commit suicide I became aware of the following facts.

3. A YouGov survey, polling more than 2,500 people who have had mental health problems, showed 28% of men admitted that they had not sought medical help, compared with 19% of women.

4. In England and Wales, until recently, to be classed as a suicide it had to be proved beyond all reasonable doubt. So the problem is almost certainly worse that the numbers show.

To be able to make a change we have to get men to access the help that they need. What we are doing now doesn't seem to be working. So when a friend suggested I raise money for The Lions Barber Collective I thought I was going to be looking at a singing group for men. Well I was wrong.

So who are they? Well they are a group of barbers ( the collective bit) who are trained to look for the signs of depression and potential for suicide and help point people toward the people who can help them.

They are not clinical, they are barbers. They cut men's hair and men do that more often that they go to a GP. Basically, get people who interact with men on a regular basis to look out for them.

I think it is a great idea and it feels like it is worth trying something new.

If you can spare some of your hard earned cash to help this fledgling charity try and make a difference I would really appreciate it.

We aim to raise awareness for mental wellbeing and suicide prevention, which we hope will lower the stigma and taboo surrounding them. We also aim to educate barbers to be able to RECOGNISE the signs. When to TALK. How to LISTEN and the ability to SIGNPOST those in their chairs and communities.

Charity Registration No. 1176363
Find out more about charity fundraising