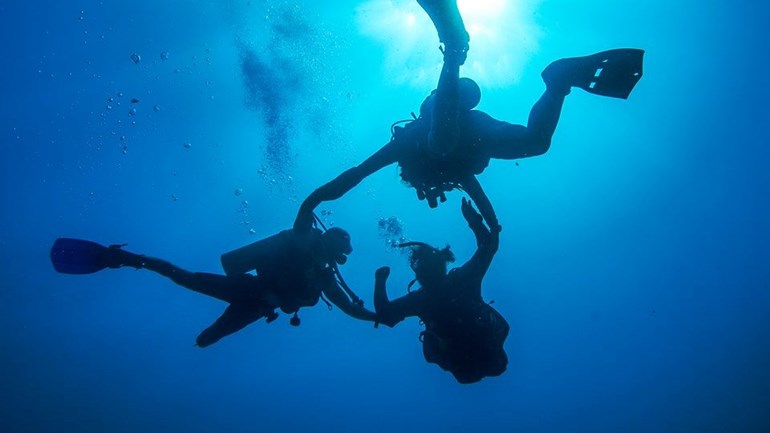 Most of our programme members were injured physically or mentally in Iraq and Afghanistan.

Ben was 33 EOD Royal Engineers, he lost both legs and suffered other devastating internal injuries from an IED in Afghanistan.  Ben had a fear of water due to drowning as a child but overcame that to join Deptherapy, he now dives whenever he gets the chance and has become a trustee of the charity.

Tom was Scots’ Guards, the vehicle he was driving in Afghan hit an IED. Tom suffers from complex PTSD as a result of being blown up and shortly after he returned to the UK his fiancée was hit by a car a sadly passed away.

We know that we don't just change lives, we save lives

We need your help to run more programmes, your support will change and save lives.