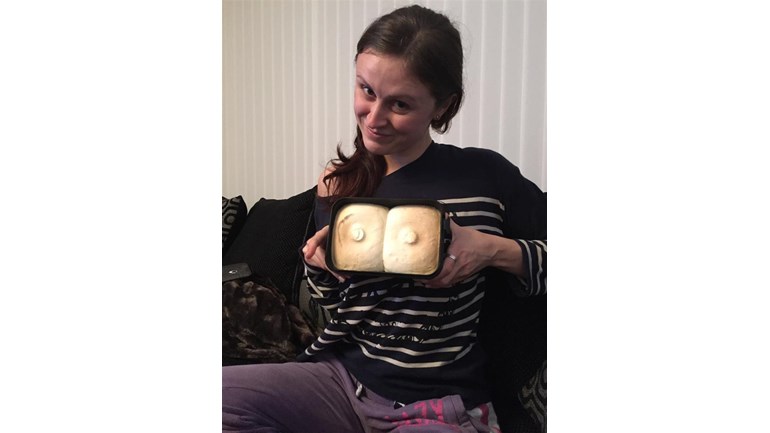 Eve's Braving the shave for Evee

Some amazing people will be shaving to support me for The Lavender Trust at Breast Cancer Care because of the unique needs of young women facing BC.

The Lavender Trust raises money specifically to fund Breast Cancer Care's innovative range of information and support services for younger women. Being diagnosed at a young age can be very isolating, and younger women often have specific concerns; services include publications, telephone and web-based support.

On the second of November 2017, at the age of 27 I was diagnosed with breast cancer. I've had two surgeries so far and am in the process of freezing embryos before starting chemotherapy later this month, followed by radiotherapy and many years of hormone treatment. Don't worry I won't waffle on too much! The support from my various medical teams has been just incredible, but a major thing that has struck me is coming into all these departments and having everyone stare at you because you are the youngest there by far! Yeah I'm the patient, yes I'm too young to have cancer now sod off...

Despite breast cancer being the most common cancer in the U.K., the overwhelming amount of research and work is put into older women over 50. Younger women with the the same diagnosis face a number of unique challenges, as well as having to think about treatment decisions based on research on a different age group. The Lavender Trust is currently the only charity in the U.K. that supports the needs of younger women.

I have decided I would like to shave my hair off just before chemotherapy. As many of you know, my hair is pretty fabulous, and a big part of my identity so this has been a very difficult decision. However, this way, I get to donate it to a charity who provides wigs to children who need them, and exert a small amount of control in amongst a sea of chaos.

Not one, not two, not three, not four, not five, but nearly TWENTY people have all bravely come forward to support me and have said they will shave their hair with me - crew cuts together! So, let's make some good out of all this and support them by sponsoring them!

The Lavender Trust raises money specifically to fund Breast Cancer Care's innovative range of information and support services for younger women. Being diagnosed at a young age can be very isolating, and younger women often have specific concerns; services include publications, telephone and web-based support.

Charity Registration No. 1017658
Find out more about charity fundraising