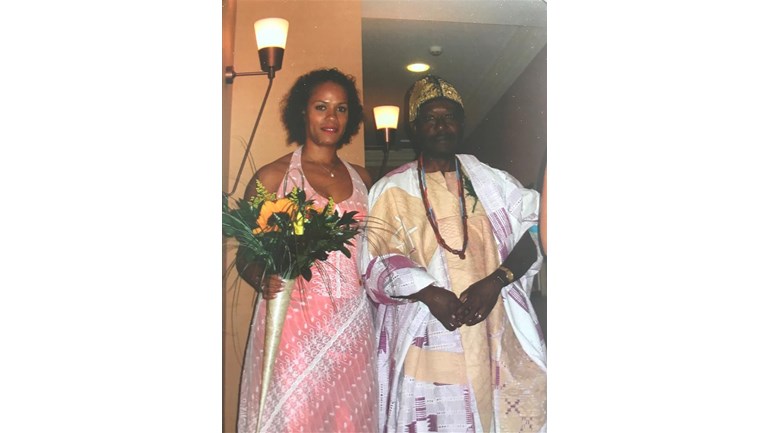 We offer specialist care, support & advice to people with dementia and their carers

I sometimes like to run.  I also have a little demon in my head that tells me I can't.  Sometimes I ignore that voice and I end up entering races.  Two of those races are the Great North Run (9 September 2018) and the Paris marathon (14 April 2019).

I have a Dad; I love my Dad.  He's been there for me all my life.  Not always when I wanted him (and some times when I didn't want him), but always when I needed him.  He's 87 this year and suffers from dementia.

My Dad was born in Lagos, Nigeria when it was part of the Empire.  His father worked on the railways and encouraged my Dad in his studies, which included training as a doctor at the University of Newcastle.  This had been something he'd wanted to do from a young age - he wanted to help those who were ill.

A few years ago Dad started to forget things, and repeat himself.  It soon became evident that it wasn't just "old age" and his doctor diagnosed vascular dementia.  It has developed very quickly to the point where, although he knows who I am, he can't always remember my name.  Philosophical to the end, when I asked him how he felt about his growing inability to make sense of the world he replied that there was nothing he could do about it so there was no point worrying.

Last year I called Dementia Care to see if there was anything that would help my Dad.  A volunteer called at my parent's house and spent a long time talking to them both about what services they offered.  At the time they didn't make use of what was on offer but Mam has started to access things which will help them both - this includes respite for Mam (I love my Mam) because it's hard looking after someone who doesn't, in any way, resemble the person you fell in love with.  I know it's been tough on both of them.

Please be generous in your donation to Dementia Care and your motivation in my running.  I'll keep you updated of races I do and miles I've run.

Dementia Matters is a registered charity that provides specialist care, support and advice to people with dementia and other neurological disorders. For more information visit www.dementiamatters.net

Charity Registration No. 1045517
Find out more about charity fundraising