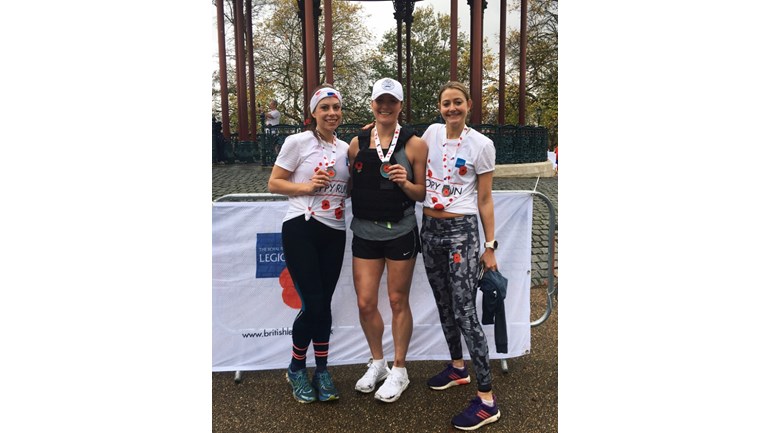 Fundraising for The Royal British Legion

To raise vital funds for The Royal British Legion through fundraising in the 2018 Virgin Money London Marathon.

Yup, you read that right... I’m running the London Marathon! The London Marathon is a race I’ve wanted to do since I first started running just over 8 years ago and I’ve entered the ballot almost every year. But now, having not run consistently for a couple of years, it’s going to be a real challenge for me to get the training ticked off each week. As part of my prep, I'm also running the London Landmarks Half Marathon.

Something that will really help motivate me to get laced up and out that door is knowing that I’ll be raising money for both of these races for The Royal British Legion. You probably won’t know that I’ve wanted to join the Army Reserves since my early twenties, but for one reason or another I never did. Next year is the year I finally do it, and I’m so excited to have applied!

I’m not a fan of war, but the sacrifices service men and women make and all the things they do that we don’t even see - that’s something I think a lot of us will never fully appreciate. My grandad was a pilot in the RAF, shot down over Germany and held as a POW before being marched out in columns and shot at in friendly fire. He was an explorer and active right the way into his 80s; climbing mountains, canoeing rivers, and hiking/running everything in between. I remember him being so proud when I took up running, asking me about my races and even wanting to run a 5k together! Unfortunately we never did. I like to think that running the VLM and London Landmarks Half for The Royal British Legion is a little nod in his direction.

As just one story out of thousands our population have of the men and women who serve to protect this place we call home, I’m sure I’m not alone in holding The Royal British Legion close to my heart and I’d appreciate it so much if you could donate any amount to help me reach my fundraising target.

Thank you for taking the time to visit my JustGiving page... wish me luck!

run by
The Royal British Legion

To raise vital funds for The Royal British Legion through fundraising in the 2018 Virgin Money London Marathon.

Charity Registration No. 219279
Find out more about charity fundraising