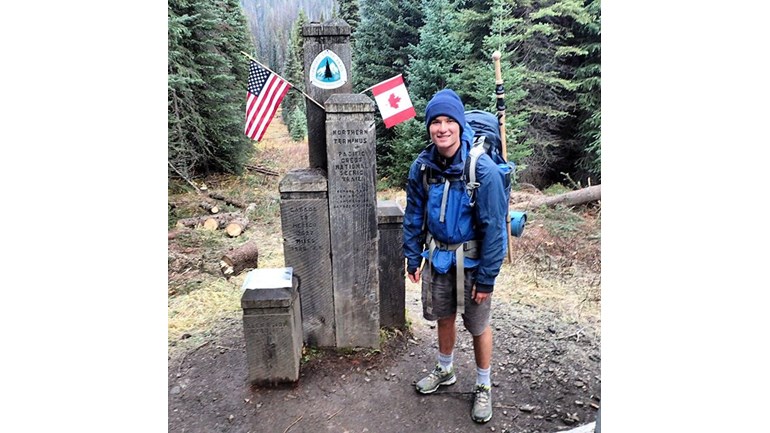 Trek from Mexico to Canada along the Pacific Crest Trail

hiking 2,663 miles for The Gorilla Organization because I care!

It all started when I picked up the Telegraph and read about ‘the Elephant Graveyard’ in Hwange National Park, Zimbabwe. More than 300 elephants had been slaughtered by poachers using cyanide poisoning. Cyanide renders the cells of an organism unable to use oxygen.  These elephants had experienced seizures, cardiac arrest, with death following in a matter of minutes. That article still hangs on my fridge and it reminds me every day that there is a war going on, that humans can be cruel, but more than anything, that animals are helpless to the relentless threat of man. Without provocation an elephant is slaughtered just for the long pointed tooth that protrudes from its mouth.

One of the most extreme examples of this global problem is that of the Mountain Gorilla. This Beautiful, hazel eyed pacifist has been pushed to the brink of extinction. Now critically endangered, with only two small islands of rainforest to call home, the Mountain Gorilla is constantly being encroached from all sides by human settlements. Worse still, I was shocked to discover (through a National Geographic article ) that poachers and DRC rebels hunt down these harmless creatures to sell as food or worse, to cut off their hands to be sold as lucky charms. Can you imagine humans doing this to one another? Now imagine humans doing this to a creature that rarely show aggression and can’t fight back. Furthermore, there are only 878 other creatures like this left on the planet???.......... Sadly this is going on all over the world with all species of animals; Tigers, elephants, Leopards, Rhino’s - the list goes on. The Mountain Gorilla is just one of the first to reach a point of no return.  This is why I chose them, not just because they’re amazing creatures, but because they need it most.

All this was racing through my mind when serendipity gave me a wave.

Walking at the local market on a Saturday with my family I happened to see a man who looked just like a famous conservationist I had seen giving an awareness speech on YouTube.

‘Excuse me sir, but are you the famous Gorilla Conservationist?’

Ian Redmond, OBE, former associate of Dian Fossey, Ambassador for the UN Year of the Gorilla 2009 and Chairman of the Gorilla Organisation, just as astonished, replied,

‘And how would you know that?’

I told him my plans to walk nearly 4,300km for the Mountain Gorillas and he said he could help me out. Wow, I couldn't believe my luck.

I had chosen my cause.

With just over 1000 mountain gorillas left in the world and three subspecies now critically endangered it is vital we do everything we can to save gorillas from extinction. We protect them from poachers, safeguard their forest home and help local people conserve the environment. Will you join us?