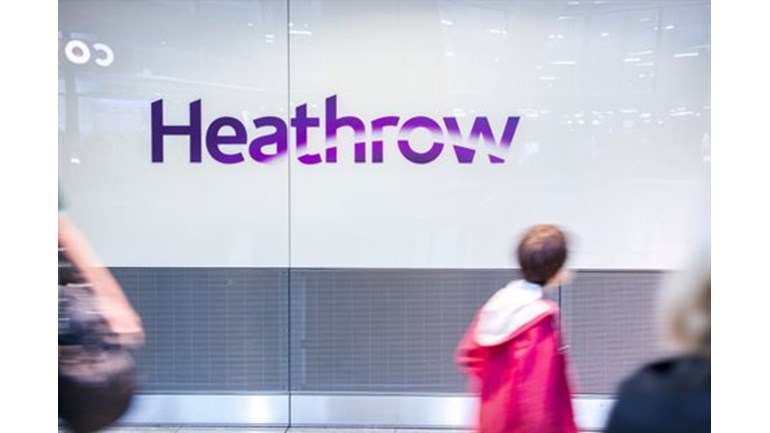 Passengers eating and drinking at Heathrow in August will be helping to fight cancer, with food and beverage retailers donating a part of their proceeds or offering other ways to contribute to medical research at the Royal Free London (RFL).

The Royal Free Charity, which raises money for research and patient care at RFL hospitals, will collect funds for the hospital’s research into cancer, including finding new methods of diagnostic testing. Pancreatic cancer is currently the most underfunded, and deadly forms of cancer in the UK.

The Royal Free London (RFL)is a major London Hospital with an international profile. The tumour unit was the first centre to be awarded the status of European centre of excellence; Using DNA is the next generation of treatment rather than, identify- Chemotherapy-Surgery. It will provide bespoke treatments for patients in the future.

RFL are a major transplantation centre and one of the UK’s leading centres for the diagnosis and research of cancers. RFL performed the 1st UK transplant with live donors, and 1st to introduce a new imaging technology for cancer called positron emission tomography(PET).The new Pears Building will include provision for global research and is centred around Hans Stauss who is a world renowned researcher for cancer. RFL aims to bring together a wide spectrum of specialists from international, inter-disciplinary and inter-institutional backgrounds ,Funding for both the early diagnosis of Cancer and research into bespoke treatments is key to really making a difference

Among the retailers generously donating to the cause are Leon, which will donate 10 pence of each sale of a salad specially created for the fundraiser, Pret, which will donate 10p for every soup purchased, and all retailers within The Restaurant Group, which will donate 1p for every transaction they carry out in the month of August.  Passengers will also be offered the opportunity to add an additional contribution of their own to their bills at certain retailers, via 500 collection boxes throughout the terminals and through this Just Giving page. Heathrow’s fundraising drive was organised by Calvin Cummings, Operations manager at Heathrow Airport, after his wife Becky was admitted to the Royal Free Hospital’s hepato pancreatic biliary unit in the Sheila Sherlock Liver Centre with an extremely rare form of pancreatic cancer.

Calvin said: “With August set to be Heathrow’s busiest month this year and so many of our retailers willing to participate, there is a real opportunity for our passengers to make a real difference to cancer research. I have seen first-hand the dedication and care of the Royal Free Hospital’s staff, and I know this is a very worthy cause that will impact the lives of a lot of people.

“I have always been proud to work at Heathrow, but am more so today with so many of our retailer partners stepping up and finding generous ways to contribute.”

Diane Ryan, fundraising manager at the Royal Free Charity, said: “Pancreatic cancer has the lowest survival rate of all the cancers and is one of our priority areas for support.

“Our aim is to make sure that together we are able to fund research projects that will improve outcomes for patients diagnosed with this disease. Pancreatic cancer research is severely underfunded compared to other cancers, but researchers and patients need that funding so that bespoke tests and treatments can be developed.

“One reason pancreatic cancer is so difficult to treat is that it rarely causes symptoms in its early stages, and so is rarely detected until it is fairly advanced. So we are funding research into diagnostic tests that could enable earlier diagnoses by GPs.

“Heathrow employees, business partners and passengers are helping us fund research and is a real opportunity to change lives and boost survival prospects in the future.”

Thank you for taking the time to read our story, and any support you can give is very welcome. Every penny counts in the fight against cancer and thank you for your help

If you have a Royal Free London Verses Cancer story let us know and share it here,  it may save lives.    Becky's Story

We all have our own stories of cancer, this is ours.

My first experience of cancer was at the age of 22 when I was diagnosed with Bowel cancer, then almost 10 years later in early 2012 we received the truly shocking news that cancer had hit us again; this time in the form of pancreatic cancer.

Following initial tests, we had a plan, and I went into hospital to have a right side liver resection, however during the operation further disease was found and the plan had changed, I instantly received a multiple left lobe liver resection instead in July 2012.

It was at this point when our lives turned up-side down and we were devastated to learn that I had an extremely rare type of non-curative pancreatic cancer and that we faced a greater battle ahead.

We didn't know where to turn, and felt lost until we were referred to Mount Vernon Cancer Centre Oncologist Dr Rob Glynne-Jones, who is clinical lead for gastrointestinal cancer. He explained that my condition was so rare that there was no medical or scientific literature regarding treatment for the condition. Despite this he didn't give up and agreed to give me a course of ECX chemotherapy, this, which was becoming my 'norm' was not straight forward and we experienced many complications.

It was following this when we were referred to Royal Free London (RFL) under Professor Brian Davidson, Consultant HPB and liver transplant surgeon, Professor of Surgery.

With the team behind us we knew we were in good hands! The RFL are true heroes and I can honestly say that the only reason I am still here today is down to their unwavering dedication, perseverance and renowned world class expertise of their entire medical team.

Since being under their care, they have performed numerous planned elected procedures including a Whipples operation in May 2013, this was followed by a right side liver resection (right hepatectomy) in Aug 2013. I received left liver lobe RFA (radio frequency ablation) Nov 2014. As well as all of this they have dealt with many post-operative complications such a multiple PE's (pulmonary embolism), pleural effusions, liver abscess, severe septicaemia requiring ITU, left lobe portal and heptatic vein thrombosis with left lobe atrophy. Despite all this they didn't run and hide and are still firmly by our side and we will be forever indebted to them.

Unfortunately our fight still continues, but with what better inspirational heroes to have with you standing by your side.  As for what the future holds, who knows really. We are extremely lucky to have had the remarkable medical help from all the medical agencies involved and are grateful for every minute we have together.  With medical expertise such as this, you can never give up on the possibility of hope.

The RFL team has surpassed all our hopes and dreams. Please help us to give a BIG THANK YOU even if we can help give the chance of hope to just one family in the fight against cancer then that would be amazing. The medical team can't do it on their own, it would be great if we could be the ones giving them the helping hand.

Thank you for taking the time to read this and please make a donation.