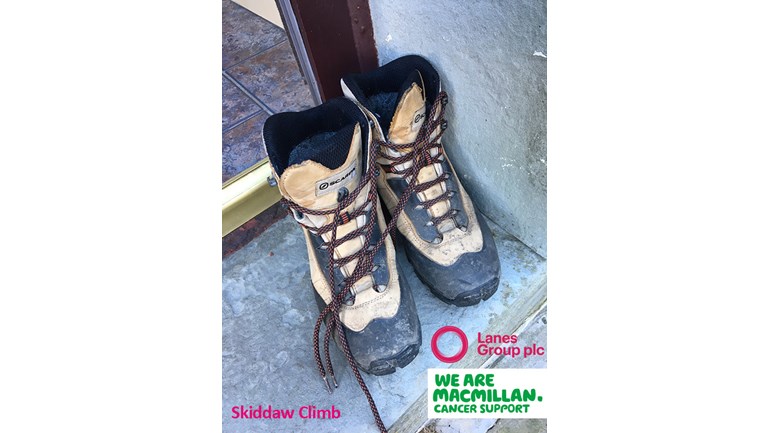 Lanes Group have an intrepid team of walkers that are challenging themselves to climb Skiddaw in the lake district later this year raising money for MacMillan.

After last year’s charity abseil down the Trafford Centre’s Bell Tower, the
Manchester team has decided to do something a bit different this year, so we will be climbing Skiddaw in the Lake District on Sunday 1st October.

It’s 931-metre (3,054 ft) summit is the sixth-highest in England.  It lies just north of Keswick, Cumbria, and dominates the skyline in this area of the northern lakes.

All monies raised will go to Macmillan Cancer Support – Lanes Group’s company charity for 2017 - being doubled by the company in the process.

Thank you for taking the time to
read our story…  Any support offered will be greatly appreciated.