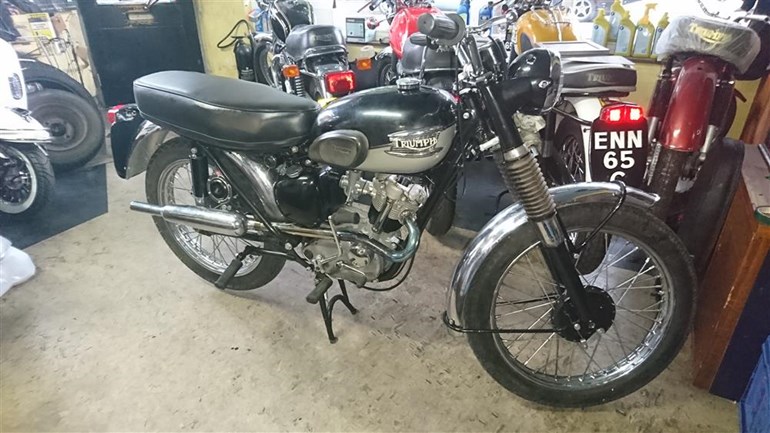 To Raise money for London Motorcycle Museum because the museum is in dire need of money to stay open!

We bring British motorcycle engineering to you, preserving and maintaining it.

I will be attempting to take my freshly restored 1964 Triumph Tiger Cub on a 2500mile trip, over 2 weeks from Lands End to John O Groats while also taking in the highest and lowest roads, the narrowest and widest roads, the most eastern and western roads, the most northern and southern roads of Great Britain.

The journey was inspired by the "Gaffer's Gallop" taken by then Triumph chairman Edward Turner on a Triumph Terrier from Lands End to John O Groats to prove the bikes 100+mpg claims.

The only motorcycle museum in London, we have over 200 British exhibits including prototypes and rarities. Although we are independent, run by volunteers, government cuts are hampering us. We need help to keep these incredible machines on display for you.. Created by Charity Import

Charity Registration No. 1118119
Find out more about charity fundraising