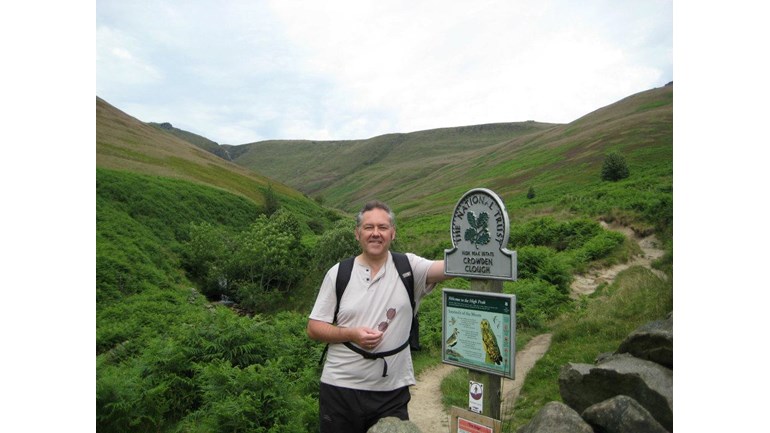 We provide information & support to help CUP patients and their carers

On Sunday 3rd May, a group of close family and friends will be completing a 15 mile hike in the Peak District in memory of Paul Kingswell, to raise funds and awareness for the CUP (Cancer of Unknown Primary) Foundation.

Paul was officially diagnosed with CUP in August 2012, and after putting up a very strong fight, sadly lost his battle the following February.

Cancer of Unknown Primary basically means medics are unable to determine the source of the cancer, i.e. where it started making it much more difficult to assess the most appropriate/effective methods of treatment available. CUP Foundation - Jo's Friends are a charity which supports those affected by this particular type of cancer and also raises money to fund research in to this relatively small field.

We want to raise as much money and awareness as possible for this charity, and so we have taken up the challenge of a 15 mile trek in the Peak District, more specifically Edale - a beautiful part of the country, and more importantly, one of Paul's favourite walks.

We are expecting a team of around 15 to join us on the route, and also hope to see a few more friendly faces waiting for us in the pub at the end!

Cancer of Unknown Primary affects about 10,000 people in the UK each year. To be told that you, or a loved one, has cancer but that the type is unknown - information that is fundamental to treatment - is a double blow. We offer information & support; and promote research into improved diagnosis.