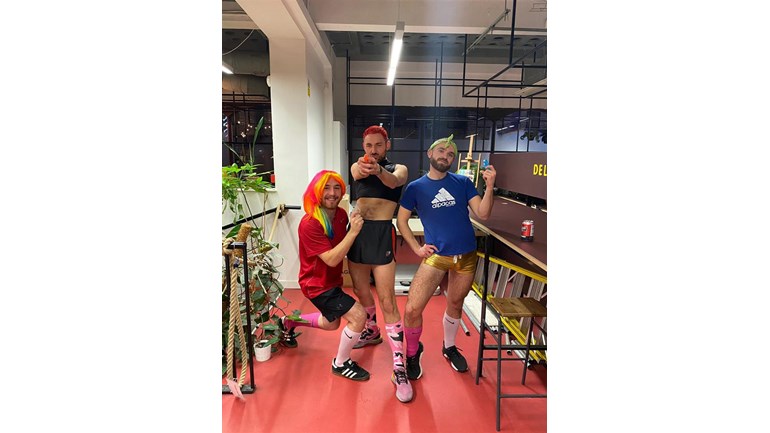 We have been providing advice and support to HIV positive people for 25 years.

East London has a much higher rate of HIV diagnosis than the national average. And despite the massive advances made in HIV treatment, several key issues still affect those living with HIV. Issues include mental health problems, financial hardship and social isolation. This World AIDS Day, we are taking part in the 10k RED RUN in Victoria Park, London in order to raise money for Positive East.

For the last 28 years, Positive East has supported people in Hackney from the point of HIV diagnosis to longer term. Every year, the charity supports over 2000 people with counselling sessions, support groups, a telephone advice line and a health and wellbeing programme. A further 2000 people also access free HIV/STI testing in the community via the charity.

Unfortunately the HIV and sexual health sector is facing funding cuts every year. More than ever, Positive East is relying on the generosity of the local community in order to carry out its vital work.

So dig deep and come cheer on the trio as we make it to the finish! Though we'll likely not be finishing together as Lewis thinks he's Paula Radcliffe and says he's too fast to run with us...

There are more people living with HIV than ever before- nearly 50,000 in London. Your support helps to make sure we can keep our doors open for as long as people with HIV need us, and helps the fight to prevent and stop HIV. Get involved in our 25th year by donating, fundraising or volunteering.

Charity Registration No. 1001582
Find out more about charity fundraising