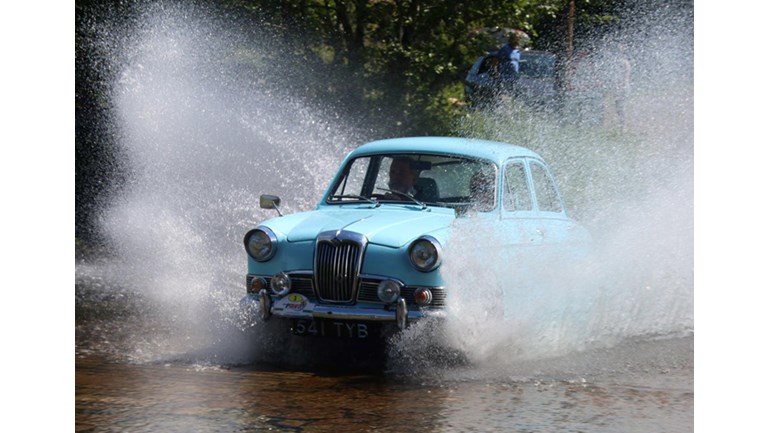 We're driving from Land's End to John O'Groats for Weston Park Hospital Cancer Charity because we want to say 'thank you'.

We fund cancer research, treatment and care to to improve the lives of cancer patients

The most earth shattering, frightening day of my life was when I was told, "You have prostate cancer".

Cancer, I thought, only happened to other people, not to me. In 63 years I'd never been seriously ill, never broken a bone, never stepped foot in a hospital as a patient. I'd had friends who'd had cancer, some of whom had not survived but none had spoken about it; cancer and its treatment were completely new to me and quite alarming.

Following diagnosis I was offered a choice: surgery or radiotherapy. I chose surgery however a pre-op. assessment revealed a heart condition, ruling it out and making radiotherapy my only option.

I didn't know anyone who had been through what I was facing but I need not have worried; once it was explained to me at Weston Park I felt much more at ease and aware of what to expect and how it might affect me.  I was determined to stay positive throughout my months of treatment though it's entirely due to the professional skill, friendly faces and reassuring manner of Weston Park staff that five years later I feel 100% OK - I do not think I could have been in better hands.

Saying 'thank you' isn't enough. I hope that this is a more tangible way to show my gratitude, by raising awareness and money for Weston Park Cancer Charity.

P.S. - gentlemen, if you have waterworks problems, however slight, don't delay, make an appointment to see your GP.

For one in two of us, cancer will change everything. When it does, so can we. Weston Park Cancer Charity is here to face cancer with you. Our services, advice, therapies and support are for you and the people close to you, helping everyone to live with and beyond cancer.

Charity Registration No. 1039885
Find out more about charity fundraising