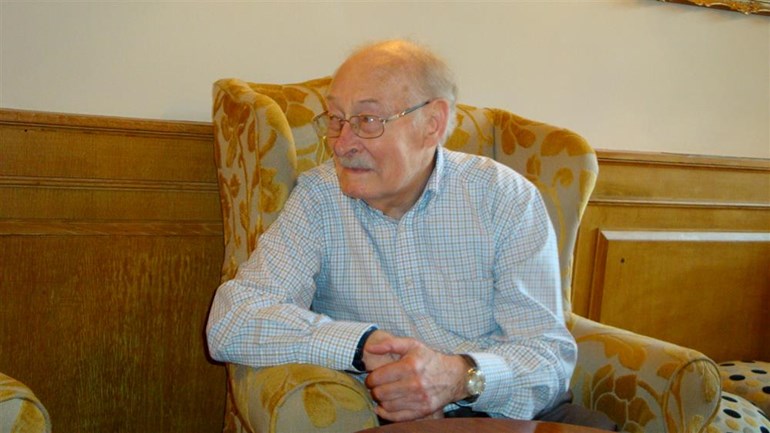 running the Great North Run & other halfs & races for Parkinson’s UK because a cure is needed to avoid the suffering for all.

When you’re diagnosed with Parkinson’s you need a fantastic team around you of health and social care professionals. We are determined to make sure no matter where you live, that team will be there.

One week after my grandmother's funeral in 2007, my grandfather came to visit me in Barcelona where I was living.  On this trip we noticed his legs were not as strong as previously and he would stand still when people approached when walking down the street.  These were some of the signs that he was a Parkinson's sufferer and a few months later was formally diagnosed.  My grandfather always tried to keep fit, active and look after his health.  Additionally my parents having a medical background and a great interest in long term conditions, Parkinson's UK stood out as a charity for which to raise money.

In January 2017 I decided to take control of my fitness by starting running with a 0-5K running course locally and have not looked back since.  In this time I have given up smoking, lost weight and am continuing with my running journey.  2018 I will be running a race per month (different distances from 5k to half marathons) including the Great North Run on my birthday September 9th to raise money for Parkinson's UK and help find a cure!

There are a lot of horrible diseases out there, which affect quality of life  but not everyone realises how or the severity. With an ever increasing and ageing population long term conditions will be more prevalent for everyone.

January 24th 2018 my grandfather was put on a soft / purée food only diet due to his swallowing problems and time it was taking him to eat.  When people think of Parkinson’s disease they think of people shaking or having a tremor or having difficulty walking, weakness in the legs. Parkinson's affects all muscles, it is actually caused by the loss of nerve cells in part of the brain called the substantia nigra.  This leads to a reduction of the dopamine which plays a vital role in regulating / controlling the movement of muscles and body.  Due to the progressive loss of muscle control, repetitive tasks become much more difficult,  tiring and the quality of life diminishes.  Other symptoms also develop such as Dysphagia - difficulty in swallowing. It’s so sad to see the quality of life deteriorate as a person gets weaker in front of your eyes and know nothing much can be done.

Sadly Ernest passed away peacefully in his sleep in his own home on 13th May 2018. I will now run in his memory and continue fundraising to help find a cure for others like my grandfather. Together we can make difference.

Unfortunately on Monday 13th August I fractured my fibula whilst out running just 4 weeks from the big day. Parkinsons UK and the Great North Run have kindly allowed me to defer to 2019 when I hope to finish my challenge off.

It’s going to be tough as I have struggled getting back to running after fracturing my leg but I’m proud to be raising money that will help support people with Parkinson’s, like my grandad, and help Parkinson’s UK researchers find a cure.

I am running for all the sufferers, their family members, and friends after witnessing how it can affect anyone in these difficult times.

When you’re diagnosed with Parkinson’s you need a fantastic team around you of health and social care professionals. We are determined to make sure no matter where you live, that team will be there.