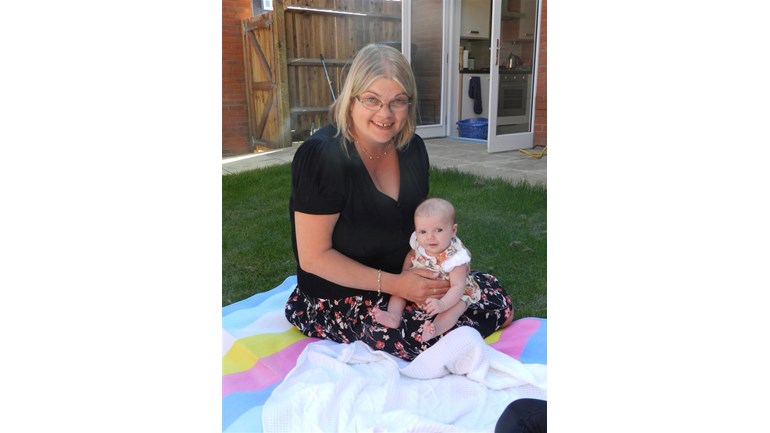 We want to raise money for an Echo Cardiac Machine for Southampton Hospital Charity because of an amazing inspirational lady, Sarah Sharp

Sarah was born in Yorkshire 41 years ago. When she was 3 years old we discovered that she had serious health problems and at the age of 4 she had her first heart valve replacement operation. It was the first time a heart valve had been replaced on a child so young and consequently she became quite famous both locally and nationally - she even made an appearance on News at Ten.

She moved to Hampshire when she was 6 and led an active and enjoyable life. Over the years she has undergone a further 5 more replacement operations.

Sarah refused to let her health problems stand in her way and faced life head -on with tremendous courage and determination. She was well known for her wonderful smile and infectious giggle. She had a great deal to thank the NHS for and was always grateful for the tremendous care she received from so many dedicated people. This fund is our small way to try and say thank you to those who enabled Sarah to enjoy many years of life before she finally lost her battle in December 2015.

Sarah and I were together for 20 years so almost exactly half of her entire life. When I met Sarah the first thing I noticed about her was that she was absolutely full of life and she would never let a day go by without drawing the most out of it. Although Sarah's heart condition was always there she refused to ever let it get in the way of what she wanted to do and when people met her they did not even realise that there was anything wrong with her.

Over the years we lived an amazing life. We travelled all over, exploring everything that we could and we absolutely and totally loved each other.

Sarah was, without question the bravest person I have ever met and she was a truly inspirational woman. She could have sat back, taken it easy and allowed society to look after her but she never did. She worked full time until she went into hospital and rather than be the one that was looked after she would take the lead and help others.

It is very cruel that someone so special whom everyone loved should get such a short time but Sarah would have been the first to pick everyone up, chastise them for making such a fuss, and make them get on and do something with their lives. I can't believe she is gone and the world is not the same without her but I won't allow her passing to be for nothing. There has to be something good and it has to bring some joy to others so we will raise the money for something special in Sarah's name.

The piece of equipment we would like to raise money for is the latest CX50 cardiac ultrasound machine which is highly portable (about the size of a laptop) and can be taken to a patient’s bedside and set up quickly to run tests.

This means that the pregnant women will receive faster, better results and have appropriate medical management and care to optimise the safety of both mother and baby. This will ideally help these women with a cardiac condition and their families cope with the anxiety of being pregnant, and result in a safe pregnancy and successful delivery

The portable cardiac ultrasound machine will be used ad-hoc in the labour and pre and post-natal wards, as well as regularly in the dedicated obstetric cardiac clinics by the multi-disciplinary team.