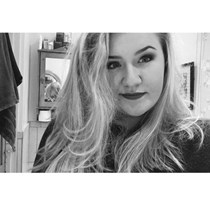 Four years ago this month we said goodbye to my beloved Dad Josh Taylor, who after a decade long battle with mental illness took his own life on the 26th March 2015. Our family was ripped apart, and for the last 4 years we've been putting all our energy into rebuilding our lives and trying to cope with life after death.

Anyone who knew Dad would describe him as charismatic, larger than life, and one in a million, and I wish I'd gotten to know the man who was such a key feature in so many hilarious stories of mischief and comradery. This is the memory of Dad that I want to live on.

On the surface you never would've known just how much Dad battled with his mental health everyday, and it breaks my heart to know that he felt as though the only way to end his pain was to end his life altogether. Suicide is the BIGGEST killer of men under 45, and I'm sick of seeing other families be ripped apart by the cruel disease of mental illness.

My family and I have spent so much time and energy grieving and healing, but now is the time for me to do more. I am pushing myself to run the Mount Ephraim 10k in Faversham this summer to raise money and awareness for suicide prevention, and to give my Dad a good chuckle as he watches down on us (those who know me will know that I don't even like to walk that quickly let alone run!)

Every single penny raised will be going towards Campaign Against Living Miserably (CALM), the UK's leading charity in the movement against male suicide, offering a free helpline for those in crisis, as well as support for individuals bereaved through suicide.

Charities like this are so important in the fight against mental illness, and although it's too late to help my Dad and our family, if the money raised can help even one other person, its worth it.