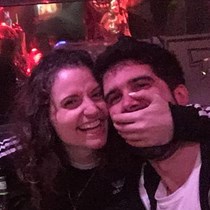 Weʼve raised £1,330 to support the great work of The 4Front Project in memory of Samad.

First of all, a thank you, to all those who have already donated to this wonderful cause, to everyone who has given us advice on training or equipment or fundraising, to Temi and The 4Front Project for letting us do this on their behalf, and most of all to everyone who has said "yeah you can probably do this" in the face of our considerable inexperience and utter lack of fitness. We pray you're right as we prepare to take on the epic Annapurna Circuit for the incredible 4Front Project. We are so incredibly grateful for anything people can give us to help support them and to remember Samad.

Some of you will already know this story, but for those of you that don't, I wanted to give some background to our project, to share why we wanted to do this crazy thing in the first place. Nearly two years ago, my colleague and friend Samad lost his life to knife crime, a tragedy felt not only by friends and family but by staff and young people at Dragon Hall, where he worked as part of the youth team. After this happened, it was difficult to make sense of the world for a while and to understand why this had happened. I realised eventually that while you can't always control what happens in life, you can sometimes try to turn bad experiences into something positive. My (amazing) colleague and friend Janke had already had a similar impulse and ran a marathon last year in Samad's memory, so I knew I would have to step up my game in order to match her passion and commitment to this great cause.

I also wanted to find an organisation to partner with that I passionately believed in and that I know Samad would have believed in. When I discovered the work of Temi and The 4Front Project I knew it was the right cause. They combine education around knife carrying and crime with community-based improvement work to create an open dialogue with the police and other institutions about the realities of policies like stop and search. Whilst also striving to bring young people from disadvantaged communities into politics, to give them ownership over their country and to make them feel like they belong in it. It is a combination of work that has seen real results, and of which I believe Samad, as a youth and community worker, would have wholeheartedly approved. I urge everyone to take a look at their website and see the groundbreaking work they are doing in this area: https://www.4frontproject.org/

So I had my charity, and now I needed a completely insane activity to do that would convince people to help me support the work of the project. I thought it might be fun to try and run along the Great Wall of China. I also thought it might be a good idea to take someone with me, to keep me company and to reduce the risk of me falling off said wall. Luckily for me, my (also amazing) friend Dan Nunan stepped up to the task. And thank God he did. Without him I would still be planning to try and run a 1000 miles of a wall, that in many places does not exist, against the express wishes of one of the world's most powerful governments. So, after some bumps in the road, and a bit of a venue change, come September 29th Dan will still be by my side, only now to stop me from sliding down a mountainside in Nepal. We will spend a month trekking and running, taking on the Annapurna Trail and ending with a half marathon, at 4500 feet above sea level in the city of Kathmandu. Technically Dan has not agreed yet to the mile-high half marathon, but if he's learnt anything by now from this process, it's that I will keep suggesting crazy things and he'll keep finding a way to make them happen and that between us, we'll figure it out. Below is his take on our adventures, or what I like to call 'How Dan stopped us from being arrested in rural China in 40-degree heat'. 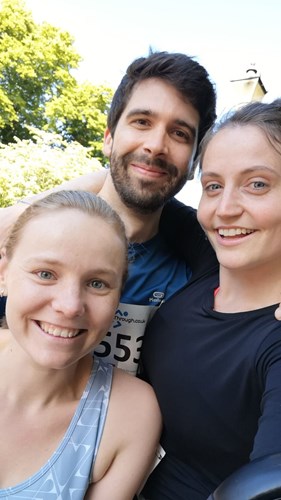 We are really unfit, so we've been running to get in shape for the trip. This is us just before the Battersea Park 10k, along with our most excellent friend Sanne. 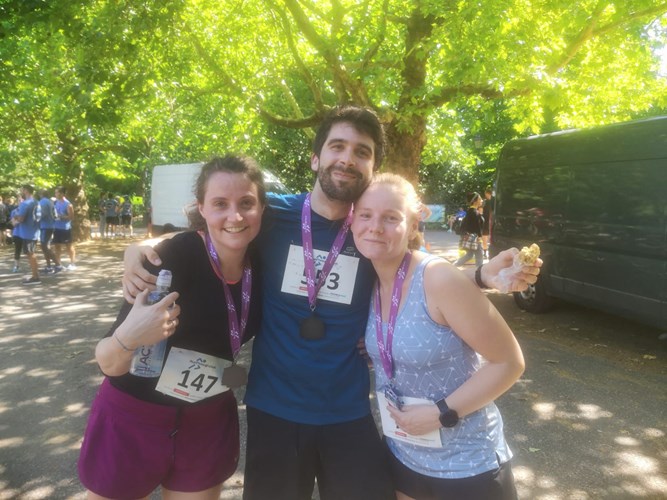 I wasn't as close to Samad as Nell, but wanted to help wherever possible to do something in his memory and in support of 4Front.

The decision to walk in the Himlayas came only after the painful process of trying to organise a trip to walk/run portions of the Great Wall of China in the middle of summer. Ambitious as we are, it was a logistical nightmare and would push even the most seasoned hiker to the extent of their capabilities. Despite our initial chagrin, we decided instead on the Annapurna Circuit, and agreed that this would still be challenging enough without putting us in any immediate danger. 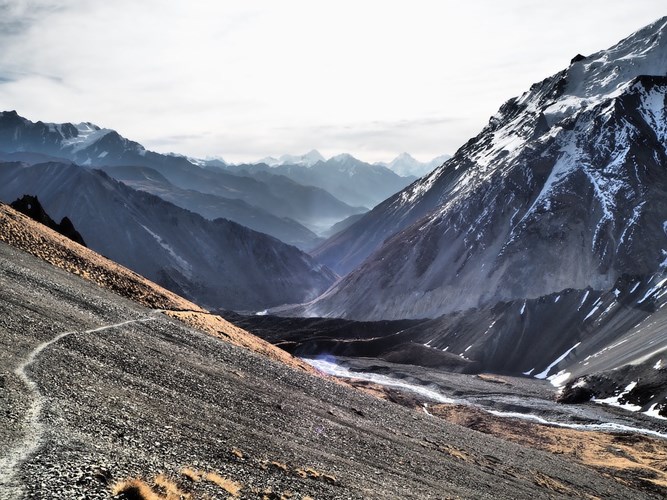 Annapurna is a massif located in the Himalayas in north central Nepal surrounded by a 230km hiking trail called the Annapurna Circuit. It starts at a relatively low elevation of 820m in Besisahar, leading all the way to the Thorong La pass at 5416m. 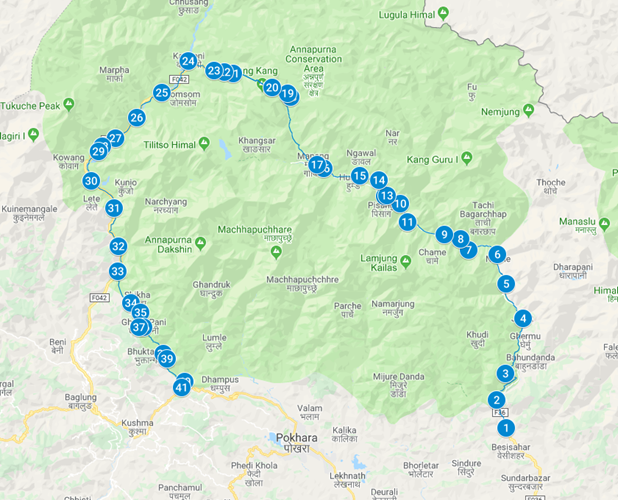 We aim to walk the full trail in 21 - 23(ish) days, with a few added day excursions along the way. Something like this:

When planning our original trip to China, our biggest obstacles included camping in extremely isolated areas, water and food storage, and avoiding unsafe terrain and active military bases. Thankfully, there are no military bases on the Annapurna Circuit. Many 'tea houses ' service the route, meaning there will be no need for any sleeping gear other than a sleeping bag/quilt. Included with the accommodation is often a meal, and there are many areas along the way where we can stock up on snacks meaning that we won't be going hungry.

While some travellers hire trekking porters and/or guides, we aim to travel the route by ourselves making use of the waypoints that are clearly marked along the trail. We are packing extremely lightweight equipment, and so will be carrying all of our gear up the mountain ourselves.

This is the video that really sold me on the idea of the Annapurna Circuit:

Isn't it beautiful? Stay tuned for an exciting show, it may still be the biggest mistake of our lives.

We'll also be doing another surprise hike in the UK prior to Annapurna to further support the cause. Watch this space!

We are Nell and Dan, and we are raising money to support the 4front charity, who are on a mission to eliminate knife crime and empower young people.