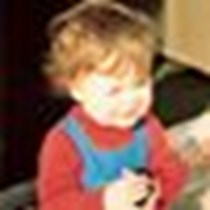 Weʼve raised £21,973 to Try and ease any financial burden this amazing couple may face after receiving the most devastating news

Below is the story of our amazing friend – Jennifer.

Jennifer is 33 and lives in Aberdeenshire with her loving husband Mark and their 3-year-old daughter Katie, Jennifer is also step-mum to Rhys who she adores like he was her own.

In January 2017 Jennifer discovered a lump in her breast after. After an agonizing 6 week of tests and waiting for results she was diagnosed with Grade 3 Breast Cancer.  On March 8th, 2017 Chemotherapy commenced and she took it all in her stride maintaining her wicked sense of humour and always managing to make people smile.

I remember the hilarity when she was being fitted for her wig in preparation for the impending hair loss that would come from the Chemo and the decidedly sketchy styles and colour’s she tried on before finding the one that suited her.

The following months of Chemo took their toll on Jennifer she suffered some horrible side effects but managed to pick herself up and “get on with it” as she would say.  In May 2017 Jennifer was told the treatment was working and her tumour was responding well. On the 8 June 2017 Jennifer was told she’d had a full response to the Chemo and there was no sign of the tumour.  It had gone from 5cm in February to nothing.  Surgery was set for July 2017 where the affected lymph nodes would be removed and some of the tissue in the breast.  In July 2017 an MRI confirmed a full response to the Chemo a massive weight was lifted from their shoulders. Just the Operation and Radiotherapy to get through now and given everything she had dealt with already this would be totally manageable.  1 August 2017 Jennifer was admitted to Aberdeen Royal Infirmary ahead of her surgery the following day.  The Operation went as expected and within a few days Jennifer was home being the “perfect” patient although I’m sure Mark would say differently LOL.  Jennifer’s fierce independence did not take well to having to rely on the help of others and this determination surely excelled her healing process.

Throughout the whole treatment Jennifer has tried to maintain a business as usual attitude, attending her work when she could, determined to continue forging a successful career.  Mark works offshore which meant that he had to try and juggle when he was away for work to allow him to be home for all of Jennifer’s treatments, a process that at times became difficult and must have added unnecessary pressure to Mark.

On 21 August 2017 Jennifer was officially told she was Cancer FREE!!! Those 2 words must have felt like the weight of the world had been lifted from her and Mark’s shoulders.  Just 19 days’ worth of Radiotherapy and she could enjoy their life ahead as a family.

However, this was unfortunately not the case.

On Friday 22 September Jennifer began to feel unwell and sick. She headed to bed thinking it was the mixture of medication she was on that was causing it.  On Saturday morning Mark was preparing for a busy day of birthday parties with the kids, when suddenly Jennifer became very unwell.  She suffered a seizure in the bathroom and Mark immediately called for an ambulance.  The next 48 hours were about to unfold a nightmare nobody would ever want to face.  The hospital managed to control Jennifer’s seizures and set about organising tests to find out what was happening.  On Monday the 25th September it was confirmed that Jennifer had Leptomeningeal Carcinomatosis, this is a rare complication of cancer in which the disease spreads to the membranes surrounding the brain.  On Tuesday 26th September Jennifer and Mark were given the devastating news that there was no treatment and given a timeframe of 3-4 months.

This just giving page has been set up for anyone who would like to help Mark and Jennifer in any way they can to get through this. The money given will help them greatly to ease any burdens and worry during this very short time they have left together, so that Jennifer and her husband can spend the time they have left together making lasting memories for their daughter, Katie and her step-son Rhys.  We would ask if you have any questions regards this page that you contact Laura Mitchell or Lillian Shanks