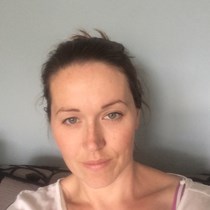 Alfie has a rare condition called PCDH19, which is a genetic disorder. It causes catastrophic clusters of seizures which are hard to control and are unresponsive to anti epilepsy drugs. His condition is not well understood and there is currently no research into medication for this condition other than that which is funded by the PCDH19 Alliance based in America.

When Alfie has a cluster of seizures currently he has to have an IV of steriods which can be up to 1000mgs three to five times depending on how bad his cluster is. Steriods are toxic and if used a lot can cause serious side effects. Alfie is currently having seizures on average every 7 days so he is receiving a lot of steriods.

We have done a lot of research into whole plant medical cannabis and have found many parents who are using it effectively to either reduce or stop very agressive seizures.

We have now taken Alfie to the Netherlands where he started whole plant medical cannabis and the result has been a miracle. He has gone from having over 300 seizures a month to one or two. Hes gone from needing up to 20 doses of steriods a month to one dose of steroids. We are now desperately asking the Home Secretary to issue Alfie with a license to carry on using the whole plant medicine he was using in the Netherlands under prescription from the NHS. Until this is possible we will have to fund the whole plant cbd oil ourselves (thc is illegal so he cannot take this until he has a license). It is hugely expensive and we therefore we still need your support.

Any money raised which is not used to support his and his family's travel and living expenses abroad will be used to enhance his life experience. We have set up a 'charity' bank account which will have four signatories, three of whom are independent from the family. Any money spent will have to have two signatories to sign it off.

Mummy to Alfie and Annie and partner to Drew. Were raising awareness of the need for many with epilepsy to have the right to use medical cannabis in the UK legally.