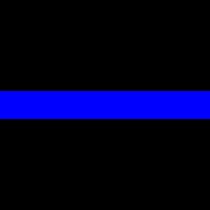 Weʼve raised £10,030 to Help my colleague from the British Transport Police who was seriously injured trying to stop the terrorists in order to aid in his recovery

UPDATE 05/06/2017
**PLEASE NOTE: Could I please ask that where possible, donations are kept anonymous, this is to prevent any third parties from trying to make contact and so that the identity of the officer is protected during this tough time**

As many of you are aware there was a horrific attack at London Bridge.

A colleague of mine from the British Transport Police was seriously injured as he went towards the danger in order to try and stop these terrorists in their tracks. Sadly he is currently in hospital and likely to be some time before he returns to work. As a police officer, myself and many colleagues have been affected by what has happened and devastated to hear that one of our own has ended up risking his life and shown an incredible amount of bravery attempting to stop these terrorists.

He confronted them and played his part in trying to slow them down. He is likely to not be at work for some time and I would ask that we could raise a small amount of money so that he can use his time off effectively and treat him to an amount of money that could be used towards his rehabilitation and anything else that will help him and his family.

I appreciate that there are those who lost their lives and many others injured and I sincerely hope that others that know these victims do something similar. However I would stress that this crowd funder is being set up with the aim to allow my colleague to have some deserved time away to assist in his recovery once he is well enough to do so. .I knew the officer involved as did many others and this is our way of saying thank you to a blue line brother.

I would like to add that I am setting this up early to allow for funding to start to gain as much interest as possible. As time goes on I will be asking permission from colleagues to use name/photograph etc which clearly is not a priority so soon after the attack.

I care about those who go out their way to keep ordinary members of the public safe whilst putting themselves in danger.