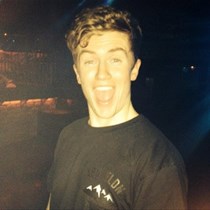 For Zac’s 18 birthday he received a gift that allowed him to complete one of his many ambitions in life, a tandem skydive. In his honour and to raise funds for the BacZac His Legacy fund on the 16th August 2016, the day after what would have been Zac’s 21st birthday, Bethan (Zac’s sister), Lucy (Zac’s Girlfriend) and Jasmine (Zac’s Cousin) will be completing the same journey he did 3 years ago.

Zac battled with 2 rare forms of cancer, during which a campaign was put together to support Zac and his family with the challenges that lie ahead, known as #BacZac. Sadly Zac lost his fight earlier this year but as we look to continue and create a legacy for him to be proud of we have now formed the BacZac his legacy fund, where his family and others who were involved with the #BacZac campaign look to support families in similar positions, along with supporting the charities that helped Zac and his family.

Anything you can sponsor is greatly appreciated and we thank you for any donations you give.