Weʼve raised £0 to The First British TV Drama Project - a new play to be performed at 2020's Edinburgh Fringe Festival and 3 other venues in the UK.

The First British TV Drama Project involves staging a re-enactment of the first BBC national transmission of The Man with the Flower in his Mouth, a drama play written in 1923 by the world-famous Italian playwright Luigi Pirandello. This broadcast event happened thanks to a Scottish inventor, John Logie Baird, the father of Television. On 14th July 1930 at 3.30 pm, The Man with the Flower in his Mouth was the first play in Britain to be broadcast on a television system and the first-ever BBC-produced television programme.

The Man with the Flower in his Mouth was perceived as an avant-garde European play at that time, a philosophical dialogue on life and death. It takes place in a café inside a train station, a dialogue between a man dying of cancer (Épithélioma of the lips) and a complacent businessman who having missed his train has time to kill. It is a conversation between someone living intensely, with little time left to him, and a rich man with a lot of time to spare, whose main concerns are the daily minutiae and distractions of life. 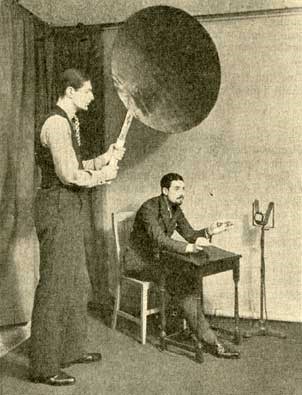 Our production of The First British TV Drama Project is set in 1930, when the BBC produced and transmitted Pirandello’s play using Baird’s television system. Our focus is to recreate this historical moment by taking the first broadcast of Pirandello’s play back into the theatre. This will be made possible by reproducing the historical elements of the broadcast with a contemporary twist, showing how these primitive pictures led to the evolution of TV in Britain and the multi-screened world of today.

In 1930, although most of the audience was watching on ‘Televisor’ home receivers, an audience of invited guests watched the play on a large screen which had been set up in a tent on the roof of the Baird studio. The television image was made up of only 30 lines of resolution, and the screen shape was a vertical 3:7 ‘portrait’ and quite different from the horizontal 4:3 or 16:9 ‘landscape’ used in modern screens. A replica of Baird’s large screen will be on our stage illustrating how these images would have looked to the invited audience in 1930.

We include an interactive element, taking place on the audience’s smartphone screens, which are approximately the same size and shape as the first Baird Televisor TV screens. Our audiences watching our live staged play will be able to see the play unfold on their phone screens from the same camera viewpoint and in approximately the same size, shape and resolution as the viewers would have seen in their homes in 1930.

By staging this now rarely-performed play, our project intends to capture the drama of the first moments of television and engage a new generation of spectators who will have the opportunity not only to learn and experience Pirandello’s work but also to relive the start of televised entertainment, which has had such a huge influence on our modern world. 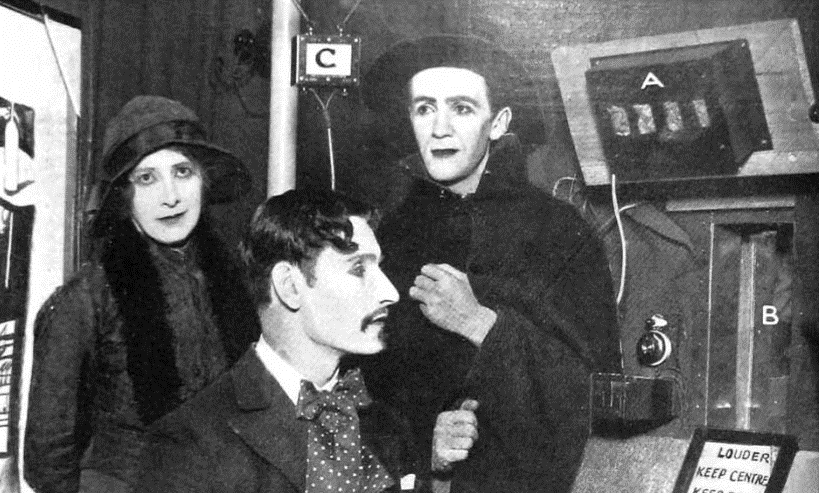 The production of The First British TV Drama Project will be created by involving the communities in four UK cities where the inventor of Television, the Scot John Logie Baird lived and/or produced his remarkable work.

Performing Production is a non-profit organisation with an outstanding record of creating self-confidence through arts and drama workshops for children and young adults. We believe everyone should have equal opportunity to succeed in life in a supportive and creative atmosphere.