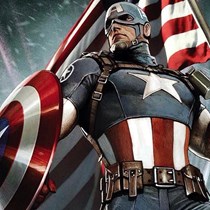 Thrapston, United Kingdom
In memory
Funded on Wednesday, 31st May 2017

During a Thrapston Town FC U15 game at Chancery Lane on Friday 28th April, one of the Thrapston players, Ben Walker collapsed. He was taken to hospital where he sadly passed away.

As well as a talented footballer, he also represented Thrapston Cricket Club as a promising wicket keeper & batsman.

Flowers and football shirts have been left in memory of Ben in the club grounds.

Ben had only just turned 15 & his passing has come as a complete shock to his family and friends. As yet, we do not know the reason why this tragedy occurred.

This page has been set up with the full approval of Ben's parents & brother & this is the official page where anyone can donate to the memorial fund & to provide support to Ben's family at this sad time.

Still can't quite believe what happened on Friday night, heartbreaking. Thoughts with Andy, Nicola & Sam & everyone who has been affected by this tragic incident. Proud of how the lads have dealt with this, as a team, in respect of one of their own #RIP Ben Never forgotten