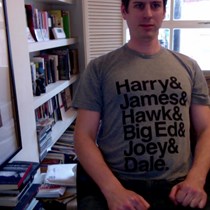 Weʼve raised £5,731 to Make up for the money that was stolen from the Big Green Bookshop on 6 April.

Creative arts and culture
Funded on Saturday, 7th May 2016

On 7 April, someone swiped £600 from the till of the Big Green Bookshop in Wood Green.

One of the owners, Simon Key, told me:

"I don't really want to go into too much detail about the circumstances, but essentially it seems that while Tim was helping a customer look for a book, someone got behind the counter and whipped a bundle of cash.

We've been in touch with the police, but sadly, as nobody saw anything it's unlikely we'll get it back.

£600 is a LOT of money for us and it's gonna really hurt not having it.
Hopefully we'll sell a few books over the next week or so and claw some of it back. "

It's a tough time to be running a bookshop - and losing money like this makes it all the tougher. This crime sucks especially because The Big Green Bookshop is far more than a retail outlet. Simon, Tim and all the staff work incredibly hard not just to bring literature to a part of London too many people write-off, but to bring people together there, to run exciting and interesting events, to involve all kinds of people... They rock, basically.

Have a look at their facebook page (https://www.facebook.com/groups/4992588964/?fref=ts) to see just how much they've got going on and how hard they work.

I once interviewed Ben Fountain in this shop, which says a lot about how great they are. You might not know it, but this is one of the world's greatest living writers. He's sorely under-appreciated here in the UK. But The Big Green Bookshop sweated bullets to help raise his profile. They did it for art! They've also done great work supporting Indy publishers.

Anyway, I love this place, I know many other people do and it's awful to see them hurt.

Speaking in broader terms, we all love the idea of Independent Bookshops and having them in our communities - but it's often hard to know how to support them. Giving a few quid here is something you can do right now to help maintain a vital outpost on the British literary scene. Go to it friends!

I'm a journalist and the co-director of Galley Beggar Press. Here's my Guardian profile: http://www.guardian.co.uk/profile/samjordison