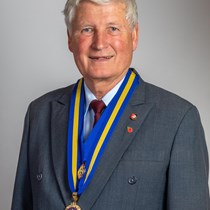 Weʼve raised £4,376 to Re open Bledlow Household Recycling Centre as a community facility with the money raised being used to apply for planning permission etc.

Bledlow Household Recycling Centre (HRC) Action Group has been set up by 14 local town and parish councils with the aim of reopening the HRC as a community facility which was closed by Buckinghamshire County Council on 31st March 2019 despite huge opposition from local residents. The money raised will be used to apply for planning permission and then to set up the site for operation. However, people have asked the following questions:

• Why does an existing recycling facility need planning permission at all? Answer: For historical reasons, and almost uniquely to Bledlow HRC, planning permission was vested in BCC not with the site. It used to be a landfill site up until 1974 owned by Wycombe Borough Council but after the reorganisation of local government in 1974 where WDC became responsible for collection and BCC became responsible for disposal, the site was passed to BCC who then obtained planning permission to turn it from a landfill into to a HRC. BCC were not willing to port the planning consent to us as legally we could have challenged them for their closure.

• Even if it does need planning permission, why does the permission cost £10,000 to obtain? Answer: The cost of the planning permission is likely to cost circa £10k+ but we will then need , in addition, to reinstate the site for use by a commercial company. Any funding obtained above the £10k will help us to achieve this.

• Who will operate the facility if and when it is permitted? Answer: This will depend on who the successful company bids to operate it. We have obtained agreement to set up a Community Interest Company (CIC) to act as a host organisation.

• What does self funding mean? Answer: Self-funding means that we hope that the entry charge the company will level will sufficient to allow the site to operate without having to seek any funding from the CIC.