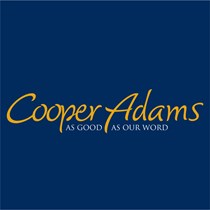 Weʼve raised £615 to Help Carol Ritchie - a lady selling refreshments at Angmering station, but struggling due to continual train strikes.

Raising money to help Carol Ritchie - (Story from The Worthing Herald) A grandmother who runs a railway station buffet fears she might lose her house due to the rail strikes. Carol Ritchie is the owner of Ritchie’s Buffet in Angmering railway station. Carol Ritchie from Rustington runs Ritchie's Buffet in Angmering Railway Station The 57-year-old started the business in June 2006. Serving snacks and hot and cold drinks, the idea of Ritchie’s Buffet is to hark back to the buffet cars that used to be found on trains. The logo is Carol’s signature in a love heart – which she said reflects how she has ‘put her heart into the business’. But since the rail strikes started last April, Carol has lost so many customers that she had to cut staff hours and now she cannot afford to pay herself. She fears she will not be able to pay the mortgage on her home in Winchester Road, Rustington, and that she might lose her business. Carol Ritchie Everyone worries about the commuters, but not the small businesses. They think we are invincible and we will be here forever – but I might not be here next week “It’s my baby. I’m a workaholic and without that, I’ve got nothing. It’s my life. I love my customers, and they love me; we’ve got a rapport going. I don’t want to lose my house that I have worked so hard for. It is my children’s inheritance and they will have nothing.” To cut her living costs, Carol has had to cancel her monthly charity donations and the £10 a month she gave to her six grandchildren. She said she lives off tinned food to reduce her shopping bill, and could not afford to buy Christmas presents last year: “It was awful. Can you imagine how it felt after years of being a proper grandma: spoiling them with presents, having them around. This year I didn’t invite anyone around for dinner, I couldn’t afford it.”