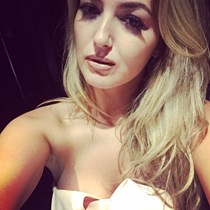 Weʼve raised £13,200 to Charlie has relapsed for a third time with leukaemia & needs a second infusion of T cells in Seattle URGENTLY following a failed transplant

Charlie is just 11 years old and has been fighting cancer since he was just 3 years old. He relapsed for a third time in April 2016 this time returning to the brain when he was diagnosed with ALL CNS relapse. Unfortunately there is no option left in the UK for Charlie.

In September Charlie had a pioneering new treatment in Seattle's children's hospital called a CAR-T transplant and unfortunately we have just been told Charlie has lost persistence of T cells in February 2017 meaning that the transplant failed. We now need to urgently get Charlie to Seattle for a second infusion of T cells.

We know that our last appeal meant that so many people went above and beyond and we were and are still incredibly grateful for the help. We are heartbroken it didn't work and really did not want to have to do this all again. Seattle have quoted $187,000 for the second infusion.

As a mother I am not willing to give up. Charlie has fought for 8 years of his life and he's not going to stop now. It pains me to write it but this is our last chance to cure our son.

If you know Charlie you will know he's way beyond his years so wise and witty. He's incredibly smooth but most importantly he has a heart of gold and would do absolutely anything for you.

His bravery has inspired the Cycling Scouser and Barrow for marrow to raise £60,000 for Anthony Nolan. He has won seftons shining star award, fundraising award for Anthony Nolan at the House of Commons and Pride of Merseyside courage award to name a few.

He takes everything in his stride and never ever complains. He is our real life superhero our inspiration and charlie deserves a chance to be a normal child.

Everything counts no matter how small you think it is it's massive to us and we will be eternally grateful for every single penny and share. It could potentially save Charlie's life.

Thank you so so much for reading and giving Charlie a chance.

Although Charlie can no longer receive treatment abroad. All funds raised will go direct to Charlie's Chance Foundation to help children battling cancer to get treatment abroad unavailable to them on the NHS. We aim to be able to offer both emotional & financial support.