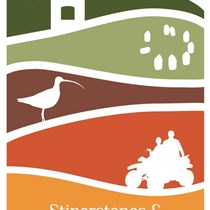 The Curlew recovery project aims to promote the monitoring and conservation of Curlew - taking urgent action to stop the decline of this iconic species, and to prevent its local extinction.

When developing the Scheme, 97% of those asked, told us they would support a project on Curlew recovery. Many people tell us that curlews are 'a sound of their childhood' which alludes both to why they are held so dear but also to their rapid decline within our lifetime!

The Eurasian Curlew has experienced drastic declines in recent decades and is now listed as globally near threatened. A large proportion of the global population (c. 25%) breeds in the UK and even greater numbers spend the winter here. This makes the UK of international importance for this species. The Stiperstones and Corndon Hill Country Landscape Partnership Scheme area still supports a significant proportion of the remaining Shropshire population, which is now below 200 pairs.

The decline in Curlew population in the UK has been linked to a number of factors including:
- habitat fragmentation and loss of habitat quality
- agricultural operations, such as early cutting of silage and hay
- predation which is known to be key in causing low productivity in some areas.
A deeper understanding of these different factors and their local relevance is needed to achieve a recovery.

The money raise will support the following aspects of the project:
● Nest surveillance and monitoring by a specialist ornithologist using nest/trail cameras and chick radio tags
● Work with three local Community Wildlife Groups to feed the results of volunteer surveys back into the project
● Work with the Game & Wildlife Conservation Trust to look at nest protection measures and targeted predation control where this is appropriate
● Work with local people and landowners to raise awareness and to harness support for these special birds.

The money is being raised by the Stiperstones and Corndon Hill Country Landscape Partnership Scheme in south Shropshire/Montgomeryshire - a 5-year project to conserve and celebrate the special landscape, wildlife and history of this area. We love curlews and we hope you do too!