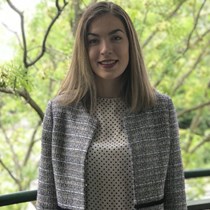 Launched in February 2016, DMU Square Mile India combines the expertise of DMU academics with the skills of its students, providing services that will improve the education, health and living conditions of thousands.

The initiative was founded after DMU Vice-Chancellor Professor Dominic Shellard visited the Gandhi Ashram, which includes a home for around 120 children in Ahmedabad, a city in the westernmost state of Gujarat.

The ashram, where Mahatma Gandhi lived for 12 years, is located next to Ramapir No Tekro, a slum that houses 160,000 people in the same space as DMU’s Square Mile, which has 8,000 residents.

It takes in only the poorest children and provides them with basic education, healthcare and food and it is around this home that DMU Square Mile India is providing life-changing support.

Projects have been created to provide free hearing screenings, while engineering students will work on schemes to improve water supplies and drainage.