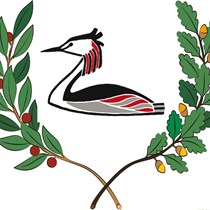 Weʼre raising £5,000 to enable Filby Lands & Conservation Trust to purchase 0.5 acres of arable land and convert it into native woodland.

Filby, a small village in Norfolk, has been under considerable pressure for development over the last few years, this will have an impact not only on the biodiversity of the village but also on the nearby Trinity Broads SSSI and SAC. The area is also heavily arable which has implications for the water quality of the run off into the broad.

As a result of the Filby village habitat survey in 2014, it has been an aspiration amongst some of the villagers to establish a Trust to acquire land where possible that can mitigate this development and increase the biodiversity of the area and well-being of residents.

Local volunteers have been involved in hedge planting as a result of the survey and an interest group was formed in 2018 to take the idea of a Lands Trust further. An opportunity to purchase a small piece of land and manage another arose in 2019 as the result of a local agricultural development.

The site comprises 0.5 of an acre of arable land gifted to the Church as a graveyard. This will not become active for 40 -50 years and the FL&CT will manage this as a flower rich meadow for this time with a small pond for amphibians. A further 0.5 acres will be purchased and turned into a community woodland with a mix of native trees to provide nectar and berry/seed sources. The site is bordered by a hedge which will be laid to provide bird nesting habitat. The arable field boundary will be planted with a native mixed hedge that will eventually be laid also.

Filby Lands & Conservation Trust was established in 2019 to acquire land in and around Filby in Norfolk for protection of the local environment.