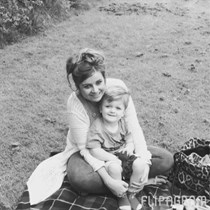 Frankie was a healthy happy 2 year old boy, he loved jumping in puddles, riding his bike and was just about to start pre school. On the 17 th of November 2014 Frankie's life changed forever. Frankie climbed onto his table trying to reach an advent calendar, he fell off, at first he was fine, we called an ambulence as something didn't seem right. The ambulence men were at our house for over an hour, they thought he was just tired they were about to leave when Frankie rapidly started to deteriorate. His body went stiff and his eyes rolled back , we were rushed into the ambulence & taken to QA. It wasn't until we were in the resuscitation room that we realised Frankie was in a serious condition. He went for a CT scan where they found a bleed on his brain. He was rushed off to Southampton general and we were left to follow. When we arrived he was already in emergency surgery & we were then told he had only a 10% chance of survival as his pupils were not reacting to light. Thankfully Frankie did survive the surgery and after 2 weeks in intensive care and a total of 5 months in hospital he came home. In the last 2 years Frankie has showed his determination and strength by learning to talk, eat, sit, feed himself & crawl. The main result from this is that Frankie cannot walk due to the high tone in his legs. We have been told by Frankies physio and consultant that Frankie should be suitable for an operation called selective dorsal rhyzotomy. SDR is a neurosurgical procedure aimed at reducing spasticity (tight and stiff muscle tone. if Frankie is accepted for this operation we need to raise £36,000.
we are in the process of arranging lots of fundraisers to help raise the money Frankie needs... we know this is a huge amount of money so we are giving our selves a year.

If for any reason we cannot raise enough or Frankie cannot have the operation we will donate some of the money to the rainbow centre for conductive education (where Frankie goes) and use the rest for equipment for Frankie to help in his recovery.