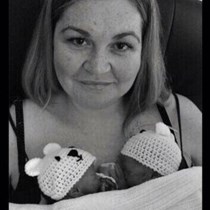 Fynn is two years old and an identical twin born in August 2014 along with his brother Leo at 30 weeks with twin to twin transfusion. Fynn weighed just 3.5lb and his Leo 1.7lb. They fought for their lives for 2 months and were able to leave the hospital in time for their first Christmas.

It became apparent by the age of one that Fynn was not reaching his milestones and was still unable to sit, crawl or support himself in anyway. Finally it was confirmed sadly that Fynn had Spastic Cerebral Palsy. This makes Fynn's muscles stiff and his movements jerky. His increased muscle tone can make movements difficult, sometimes impossible. Fynn does not sleep at night due to painful muscle spasms which is alleviated slightly by medication but he still needs turning over from where he is just too exhausted. This quite often leaves him very tired and aching the next day and the cycle begins again.

Fynn is not able to support himself at all therefore a lot of equipment is required for him to participate in activities with others in nursery, out and about and at home. Fynn's frustration propels him to keep up with his twin brother and the determination has enabled him to achieve small steps like holding a fork and spoon in his own way. Something we perhaps all take for granted.

In May2017 we met with consultants at Bristol Royal Childrens Hospital to see if Fynn was a suitable candidate for Selective Dorsal Rhizotomy (SDR). SDR is the dividing and cutting of nerves in the spinal cord. We were told that he was an excellent candidate. This operation would mean that most of his painful spasms would cease and that this would lead to him hopefully walk unaided. The fall then came that it is not currently funded on the NHS.

Please can you help us to fund his operation, the current cost is around £38,000. This would change Fynns life forever. As his parents it parents it is something we would make the ultimate sacrifice for, for Fynn to be able to walk with his brother.

Raising money for 2 year old Fynn- diagnosed with Spastic Cerebral Palsy a year ago, Fynn has now been found to be a suitable candidate for Selective Dorsal Rhizotomy (SDR). A surgery that would enable Fynn to walk unaided and hand in hand with his twin brother Leo.