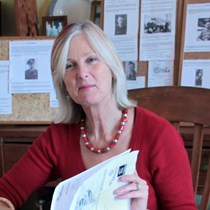 Weʼve raised £2,602 to help protect the Goodwin Sands from destruction by dredging by Dover Harbour Board (DHB).

For the past year we have been working hard to protect the unique natural and cultural environment of the Goodwin Sands from dredging.

The Goodwins, a 30 sq km sandbank lying in the English Channel off the East Kent coast, host the highest density of maritime heritage assets in UK waters and are a recommended Marine Conservation Zone.

DHB have applied for a licence to dredge 2.75 million cubic metres of sand to use as land fill and construction of their new Dover Western Docks Revival (DWDR) project.

Dredging threatens to damage the seabed, disturb some of the 2,000 known shipwrecks that lie scattered there and to desecrate the final resting places of many mariners and World War II airmen. At least 80 aircrew and 60 aircraft from WWII who are listed as missing in the area have never been found.

Dredging also has the potential to exacerbate erosion of the East Kent coast, to disturb the natural habitat of a colony of 500 Grey and Harbour seals and to upset the equilibrium of the safe anchorage of The Downs.

Alternative aggregate (sand) is available from commercial dredging sites in the English Channel and potentially from land based recycled supplies. DHB has not investigated any of these alternatives in any depth. They have focussed on the Goodwins as their most economic option and because 'they did it before' in the last millennium, prior to current regulations and environmental awareness.

We need to raise funds to be able to employ specialist consultants and selective legal advice leading up to the unprecedented third public consultation period, due to start in August 2017.

We would like to stress that the campaign is not against the regeneration of the port of Dover. We simply feel that Dover Harbour Board should source their aggregate from established sites that will not destroy either our sensitive marine environment or our incomparable underwater cultural heritage.

Any funds raised that are not needed will be donated to charity.

I have lived in Walmer, Deal for over 20 years, raising a family of three children and running a seafront Bed & Breakfast. I believe passionately that we must protect the Goodwin Sands for now and the future as they are part our unique natural and cultural environment.