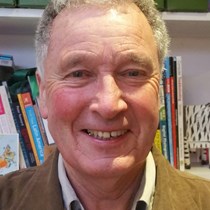 Weʼve raised £4,000 to Fund a legal challenge to Haringey Council's decision to transfer £2 Billion of public assets to a 50:50 private/public partnership.

Haringey Council’s Cabinet leadership is seeking to transfer the ownership and rights over its public assets and property to a partnership with Lendlease, a multinational corporate developer based in Australia. Lendlease had to pay out millions in fines imposed by the US Attorney General in 2012 for criminality in its corrupt dealings with New York City. Several similar partnership deals elsewhere in the UK, on a much smaller scale, have already failed and their liquidation has led to a loss to the public purse.

Within five months from their meeting on 14 February this year, the Cabinet intends to complete a deal with Lendlease to set up the “Haringey Development Vehicle”. Over £2 billion of assets already nominated include the demolition of council estates, with a reduction of social housing and no definition of “affordable” housing. 500 business units will also be affected. Incredibly, the full Council is not even being consulted on this deal.

We must stop this now while there is still time. Local opposition is growing fast as people find out just what is going on. But the only effective way to challenge this risky and pernicious deal is through a Judicial Review. This needs a minimum of £4,000 to be raised as soon as possible.