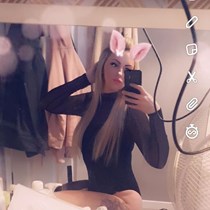 Weʼve raised £305 to Help Scott get his life back on track and get him off the streets.

Hello Everyone.
Thank you for taking the time to visit this page. My cousin and i set up this page on behalf a lovely young guy called Scott.
Those who are local to Fareham and Gosport may have met this lovely young man. He sits outside Peacocks in Fareham everyday.
Scott is homeless. He has been since he was 17years old. He is now 23.. But has been on the streets for 1 year now. Before this he mainly survived by crashing on friends sofas.
Over the past month and a half i have been visiting Scott in Fareham. Ive got to know him. He isn't a drug addict or an alcoholic. As many people believe most homeless people to be. He is just a young lad down on his luck. He's mother moved miles away with her boyfriend when he was 17. At the time he had a girlfriend a job. A place to call home. But his manager closed the business, he becane redundant. He lost his job, his relationship his home and unfortunately wasnt given the chance to rebuild some kind of stability. No authoritys can help him. He is over 21. He doesnt qualify for help. He has been left to fend for himself.
So what are we asking for?
We want to give Scott a chance. He wants to do a college course, (£250) he wants to work, he wants to rebuild his life. He just needs someone to believe in him, see his potential and give him a platform to build a future. It doesn't matter what you can donate.. Every penny will help go towards a deposit for a room, a suit for interviews and the college course Scott wants to do.
Scott knows we have set this page up. He was happy for me to do so. He doesnt beg, he never asks anyone for money. But he did want me to thank anyone that has given him food, brought a coffee but more importantly the people that stop and talk.
If you see Scott in Fareham. Just stop and chat. He loves talking to people.
PLEASE DO NOT TAKE ANY CLOTHES, SLEEPING BAGS ECT.. HE CANT CARRY THEM. But feel free to take small items of food ect. He shares any food with other homeless.
Thank you