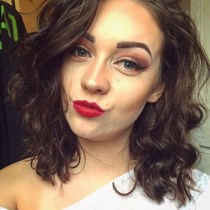 Weʼve raised £1,570 to raise money on behalf of Jakub Nosarzewski's family to help with the cost of funeral care and additional costs

Jakub had almost completed his first year studying computer science at Swansea University when he was found deceased in his accommodation early hours on the 16th of March. The cause of death is still unknown and in process of investigation (and upon approval of his family, will be added to the page upon announcement).

During his time at Swansea University, those who had the pleasure of knowing him have only spoke of how he impacted many lives with his friendly outlook on life. He was recognised as someone who was not only positive, but always made the effort to stop and talk to anyone in his path and to socialise. His friends have spoke of his love in general for Swansea as a city and how often he would walk around simply admiring his surroundings.

From the little memories shared, hopefully from reading this you will appreciate the person Jakub is and was. With that in mind, we ask that any donation big or small would be greatly appreciated. To lose anyone is difficult, but to be so young and yet to have an explanation is unbearable enough. Therefore all funds will be donated immediately to his family to show not only our respect but to attempt to make the process less stressful than it already is.

Thank you for taking the time reading & hopefully donating.

Disclaimer; the fundraising team are aware the link has been mispelt and this had been a auto-correct. It unfortunately does not give us the opportunity to rectify this but 'justgiving' have been notified and hopefully can correct this. Apologies.